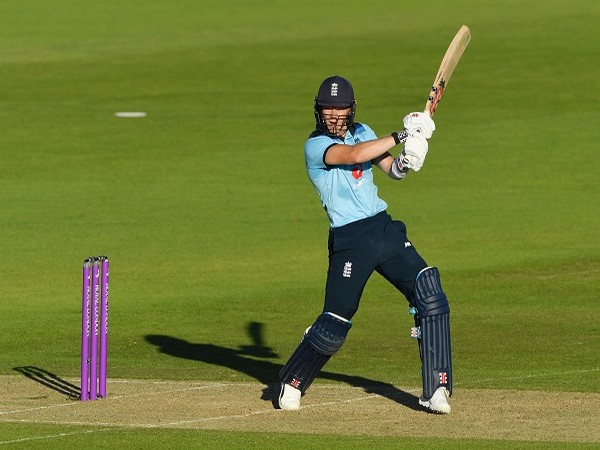 Manchester [UK], September 12 Morning India: England batsman Sam Billings has admitted that he would not be able to cement his place as number five batsman as the side already has Ben Stokes for that role.

His remark comes ahead of the second ODI against Australia. In the first match, the right-handed batsman Billings was able to play a knock of 118 runs, but England fell short by 19 runs in the first match.

England is without the services of Ben Stokes for the ongoing ODI series against Australia as the all-rounder is in New Zealand with his family.

“Ben Stokes isn’t here and I don’t think, however many runs I get, that I’ll keep that spot. All I can do is stake a claim. Especially building towards the T20 stuff. There is a slot in that late-to-middle order. Hopefully, this will keep pushing my case in that format. Loss of form and injury – as I found out the hard way – can happen. As long as you are putting yourself in the right position to be the next cab off the rank, you never know when these opportunities will arise,” ESPNCricinfo quoted Billings as saying.

England was chasing 295 in the first ODI against Australia and the hosts were in a spot of bother at 57/4 when Billings and Jonny Bairstow got together at the crease.