We had a blast on the sets, thanks to safety measures: ‘Bunty Aur Babli 2’ team 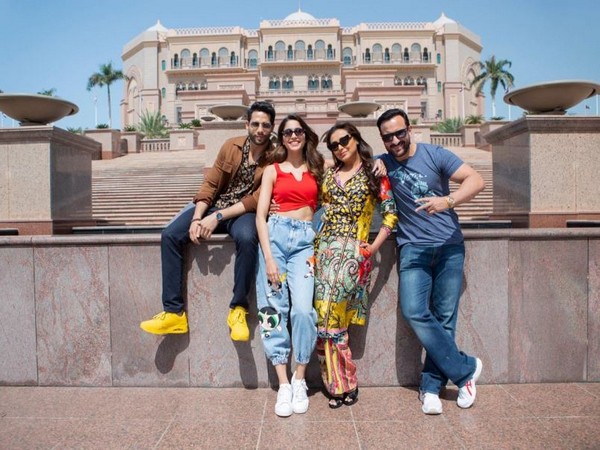 The team wrapped up the movie shoot in style by shooting a fun, entertaining song at the YRF Studios. Given that the shoot was happening in the middle of the coronavirus pandemic, YRF ensured that all safety measures were followed.

Director of the flick, Varun V. Sharma explained that the team took “all possible steps” to ensure a safe shooting environment and that they are “happy to report that nothing untoward happened on the sets of ‘Bunty Aur Babli 2’ (BB2).

“The entire crew, including all actors, underwent coronavirus tests before the shoot and then the crew was quarantined in hotels so that they are safe and don’t contract the virus. The actors underwent home quarantine and didn’t meet anyone during the shoot. So, we operated with the highest possible safety measures. I’m thankful that it all went well because this will give confidence to the entire film industry to return to shoot,” the director added.

The production house also ensured that all necessary health check-ups were done for everyone, medical staff were present on the sets and the team also told the entire cast and crew to follow quarantine procedures before the shoot so that the sets became a safe shooting zone for everyone.

Actor Saif Ali Khan also thanked the YRF for the “stringent safety” measures taken and noted the team had a blast on the set.

Unhappy over their marriage, man shoots daughter, son-in-law in Rampur

Aussie players to return from UK tour via South Australia