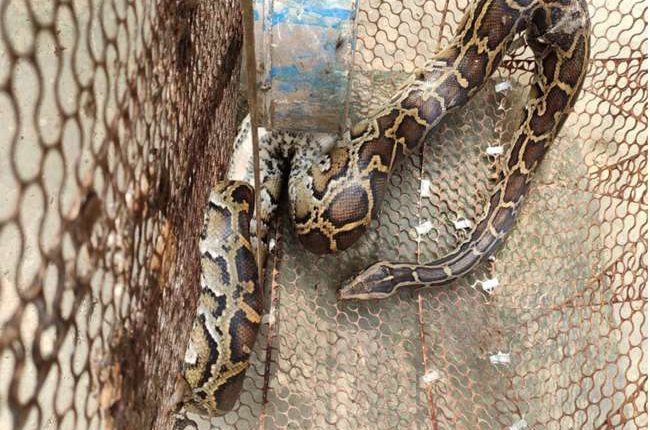 PATNA: Fishermen of Gopalganj village had a shock of their life when they found a huge 10-feet long python in the net that they were using for fishing till date.

The incident of Monday morning surprised and scared everybody who witnessed the scene. As per reports, fishermen of Narhawa Shukla village under Gopalpur police station of Gopalganj were stunned to find a mammoth python, which was caught in the fishing net that was left overnight to catch fish.

Jagdamba Verma is the name of the fisherman in whose fishing net the python got stuck. Verma ran away from the spot after witnessing a huge python in his net, instead of fish that he was expecting as usual.

He narrated the tale to his village people, who later brought the snake to their place and kept it in a safe cage and informed the forest department officials about its recovery.

Nearly 50% of those contesting Bihar by polls have criminal cases…