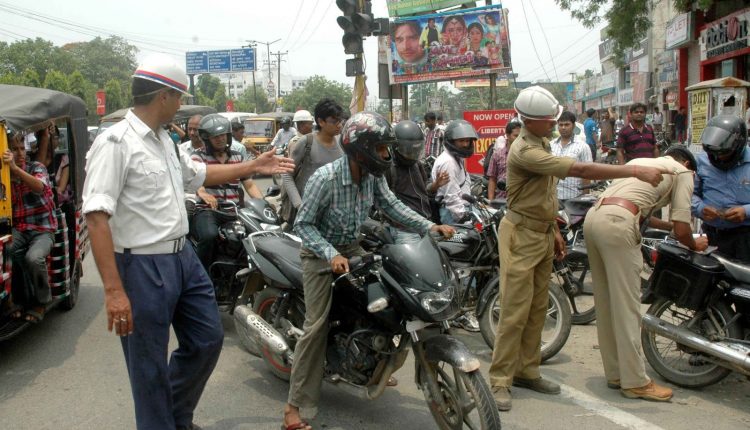 PATNA: The Bihar transport department has prepared to check two-wheeler driving without helmets by sending a letter to their family members about the road safety rules. Besides, the rule violators would be provided a two-hour training regarding traffic rules at Traffic Education Centre. They would also be provided councilling at the centre. The training would be provided with the help of audio-video mediums. The new facility would be provided compulsorily soon.

Transport secretary Sanjay Kumar Agarwal said the record of road accidents prove that most of the deaths in road accidents in Bihar were due to riding bike without helmet. The helmet is for people’s safety. Riders should always wear helmets during riding two-wheelers. Helmets should be worn not to escape from fines or avoid police checking, but for safety of lives. Wearing helmets could reduce the effects of injury in accidents. The department is seeking help of National Cadet Corps to aware people on helmet, seat belt and other road safety rules. Campaigns are being conducted at various places for awareness of the commuters. Buying helmets with the two-wheelers have been made compulsory in the state. The vehicle checking drive creates fear among the traffic rule violators. Objectionable objects have been found many times during vehicle checking. The transport department has directed to run special vehicle checking drive at regular intervals. All the police stations in the state are authorized to take action against the bikers without helmets, he added.