System Change is the New Challenge for Modi Govt 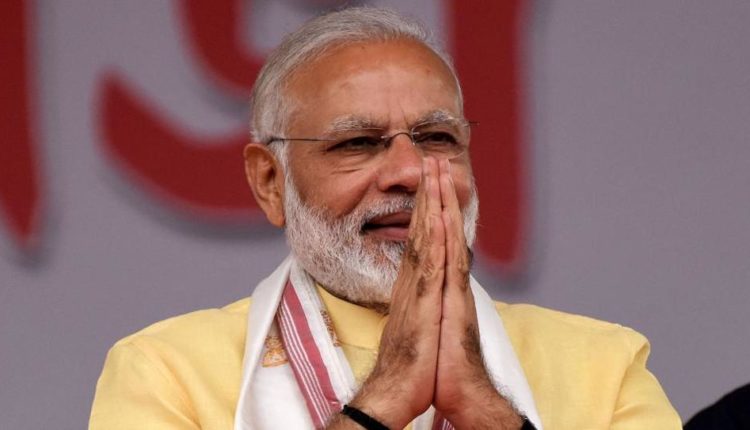 The mammoth victory of Prime Minister Narendra Modi led NDA in the recent Lok Sabha election broke many established myths of our democracy.

As we saw that this result stunned the perception of political pundits which used to be revolving around elements like ‘social justice’, ‘secularism’ and ‘political dynasty’. This sort of political perspective is just eroded in this election. Nevertheless, this victory evolves out a great opportunity to the new govt. to cleanse our system, rather start a paradigm change in our various established systems.

Many analysts were of the view that this seventeenth Loksabha election will make Modi loser just like the Vajpayee led NDA lost the election in 2004. This notion was based on this perception, that BJP never repeated win in any Loksabha elections, which held earlier. They were of the view that the conventional Indian politics always have the dominance of twin factors of ‘caste equations’ and formations of ‘parties’ alliances’, which have enough potential to demolish the BJP’s majoritarian community appeal.

But, the opposition parties had forgotten this point that this community identity-centric party BJP has the base of many fantastic schemes and programs this time, which created a tangible impact over the mindsets of common people as well as to the middle-class people. However, until December 2018 this present victorious Modi led NDA was on the politically back foot then. However, this situation started to change since the interim budget session, when this Modi govt. took some major game changer initiatives.

After getting defeat in MP, Chhattisgarh, and Rajasthan, this BJP came to this opinion that they need to first pacify their core supporter upper caste group. In order to this, they brought the constitutional provision of making 15 percent reservation for the poor upper-class people. This initiative was followed by the recruitment drive of around one lakh posts in Indian Railways, announcing Rs.500/ per month relief for all the 14.5 crore marginal farmers of the country, making provision of 3000/ per month pension for the unorganized workforce of the country, hiking income tax limit by two lakhs, auguring the payment of arrears of cane growers coupled with hiking the procurement prices of sugar.

Apart from all these populist measures, the incident of a terrorist attack on a CRPF Vehicle in Pulwama and thereafter its befitting reply given by the Indian air force on 26th February just added a new feather to the winning possibility of Modi led NDA. The air operation of IAF was done through bombing the several terrorist camps of JeM, which actually galvanized the adrenalin of the people of India. It is true that in every election, the ongoing incidents at that time generally affect the political dynamics thereon, which is being used through various political formulae. However, identity politics has been a perennial element for Indian democracy. Caste, community, creed, culture, region, and religion in either way are still persisting in the Indian polity.

In addition, we have a new set of instigating and irritating election speeches visible around, we have populist and freebees announcements, which are being applied openly in our election polity. Many analysts opine that in this election, the caste barrier has got broken, but I think it is too early to say this. Actually, such perception is being blown out in order to express the unity of various caste groups who generally come under a majority community. The question is any sort of identity politics, whether it is cast, creed or community, all these elements will have elimination only when we have the benchmark of ‘good governance’ for all the competing political parties.

Now this Modi government which has gotten power with such a thumping majority, it is high time for them to bring some path-breaking political reforms in the country because any reform must be first preceded with political reform. There must be no hitch in saying this that good governance must be the sole criteria for all the competitive political players of this largest democracy of the world. It should be the sole benchmark of our electioneering politics. This good governance criterion, naturally have the composition of ethics and efficiency both. After the political reform, the next step of system change is the administrative reforms. Modi govt. must realize this fact that its many game changer schemes which had made an impact over the psyche of common masses and also made them politically victorious, in fact, got ill-affected also by the inherent deformed structure of implementing administrative authorities.

For example, in Ujjawala scheme, we found that most of the allocated gas stove holders were not able to refill their LPG cylinder. The reason would be the dearth of money to them. We also saw, in the skill development program, funds were being siphoned off. Ten crore toilets were constructed in the rural areas, true! but the matter is how many of them are genuinely constructed and also maintained properly. In the same way, in ‘Ujala Yojna’, we found that crores of LED bulbs got fused in a very short span of time. Does this Modi govt. not know, still, in most of the contractual works, commission culture is prevalent? Obviously, these things demand a fundamental reshuffle in our governing system. Is it not true that in our all 25 lakhs office establishments of the country, we need to have a new work culture; a new kind of relationship between govt. employees and the public in a management-client relation manner, which could enable a quick redressal of all sorts of the possible public complains.

We need to relook and redraft our personnel policy, we need to introduce a broad comprehensive recruitment policy, we need to bring a productivity-linked pay and wages policy, we need to establish a new productive and honest work culture in all public offices. I think the mandate, which the Modi govt. has got allows them to go all out to achieve these objectives. If Modi govt. does all these, there should be no hesitation for them to hurriedly go for filling all the 22 lakhs vacancies lying in the central govt.

Talking about the economy and economic system of the country, we must mention here that victorious Modi govt. must not carry forward this illusion that their win validates their decision duo of notebandi and GST. After all the issue of unemployment, which was raised vehemently by the opposition parties during the election were in fact aggravated through these twin decisions.We must not forget this fact that we still have depression like situations in various sector of our economy. The cycle of investment, employment, income, consumption, demand and again investment has got jammed.

Not only this, the process of poverty elimination in the country, which has been going through the modus operandi of high growth rate- increased govt. revenue and more transfer of resources towards the vulnerable sector, that has actually got disturbed because of the passive status of economy cycle mentioned above. This process requires a new fresh air on behalf of this new Modi government. Other than this, the incumbent Modi govt. must go for the total transformation of many public institutions like judiciary, police, media, education, health, and NGOs, etc in their working and dealing with the public.

To make all these institutions more oriented to the public, this govt. is expected to take some more path-breaking and bold initiatives. 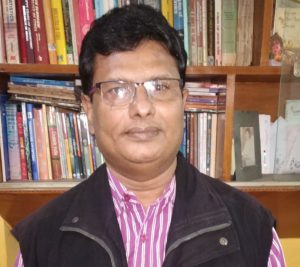 Writer is the editor of a monthly magazine, Economy India and author of the book ‘’ A crusade against corruption on the Neutral Path’