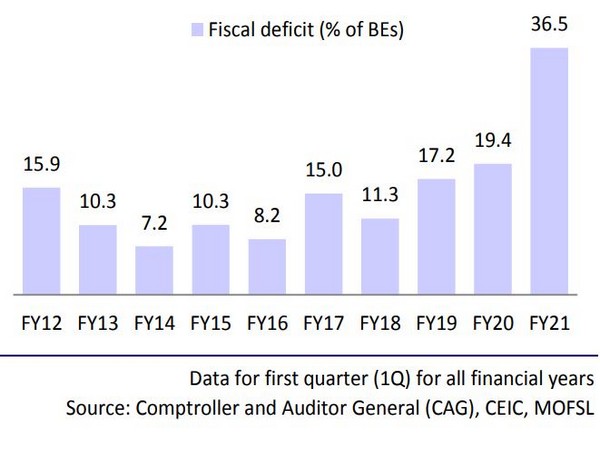 Mumbai (Maharashtra) , India. Sep 11 Morning India: The total receipts of 14 states in India declined by 18.2 per cent year-on-year in the first quarter of current fiscal while total spending grew by just 2.7 per cent, Motilal Oswal Financial Services said on Friday.

Together these states account for 63 per cent of all states, said Motilal Oswal in its EcoScope report.

Odisha was the only state to post growth collections of taxes, stamp duties and registration charges in Q1. The rest of the states (about 63 per cent) declined 58 per cent with the decrease ranging as high as 89 per cent in Jharkhand and 25 per cent in Chattisgarh.