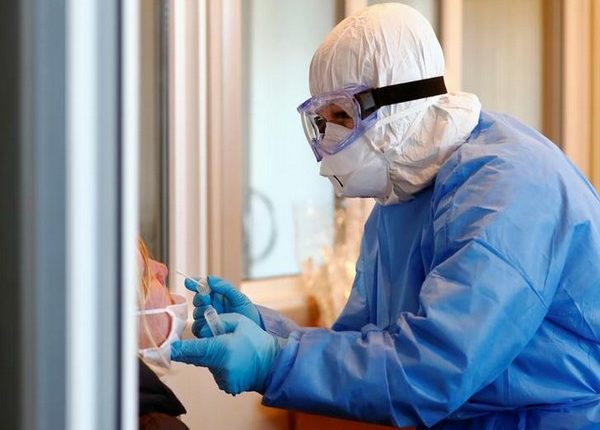 Recent experiments have shown that speaking produces thousands of oral fluid droplets per second. The droplets can harbour respiratory pathogens such as SARS-CoV-2.

Philip Anfinrud, Adriaan Bax, and colleagues used laser light scattering to examine the small-sized droplets that can linger in the air for minutes after exiting the mouth and that have been implicated in airborne disease transmission.

Based on the rates at which droplets disappeared from the field of view, the authors estimated an average terminal velocity corresponding to a particle diameter of approximately 4 um.

Because speech-generated droplets rapidly shrink to an estimated 20-34% of their original size due to water evaporation once they become airborne, the observed 4 um particles would initially have been emitted as 12-21 um droplets.

Speaking generated about 2,600 such droplets per second, corresponding to an estimated 2.4-12 nL of airborne oral fluid.

Assuming that oral fluid contains approximately 7 million SARS-CoV-2 copies per mL as previously reported, the authors report that 1 minute of loud speaking could generate more than 1,000 virus-containing droplets that would remain airborne for 8 minutes or longer.

The results suggest that normal speaking in enclosed environments might carry a substantial risk of virus transmission, according to the authors. Morning India