Sheila Dixit is unanimously regarded  as the face of Delhi’s development and can truly be called as a thoughtful architect of Modern Delhi.  She wanted to see Delhi to develop on the lines of  ‘Singapore’, a dream that began to bear  fruits through execution of her urban centric development plans for Delhi. She, after seeing introduction of low floor buses in Delhi, was seemingly excited and said jovially, ‘ I am so happy to see these buses run faster than cars on Delhi’s congested roads’, in a rare show of her concern for ordinary commuters in Delhi.

More than anything else, her equal concern for people who came to Delhi from Uttar Pradesh, Bihar, Jharkhand and West Bengal in search of better prospects including employment opportunities were specially cared for by her. She not only attached special importance to their local culture and festivals but also participated in those herself. In a rare gesture of her broader understanding of local heritage and culture, she ordered for special designated zones along Yamuna river for ‘Chat Puja’ ,besides declaring the occasion as a holiday. Such was her thoughtfulness and people connect with about 20 million inhabitants from these eastern regions of India, which truly made her a national figure and a true ‘people’s leader’.

Delhi’s development over at last 15 years from 1998 since she became Delhi’s chief minister can well be traced back with fond memories. Be it Delhi Metro, 24X7 supply of electricity, bridges, traffic de-congestion, water issues, acess to health and education, women safety and successful organisation of Commonwealth Games (CWG) despite challenges are some of the high points and high lights of her tenure as Delhi’s chief minister. Additionally, given her firm belief of involving people in government’s decision making process for city’s development, further raised her image, profile and respect among people in Delhi and beyond, making the state as a benchmark for effective administration and attracting world attention to developing Delhi as a city which was at par with any other ‘smart’ city anywhere in the world.

Born on 31 March 1938 in Kapurthala, Punjab into a Punjabi Khatri family, she was educated at the Convent of Jesus and Mary School in New Delhi, graduating with a Masters degree in history from the Miranda House at the University of Delhi.

Dikshit was married to Vinod Dikshit, an IAS officer and a son of an independence activist and former West Bengal Governor Uma Shankar Dikshit, who came from Ugu village of Unnao in Uttar Pradesh.

Acceptable across the spectrum

Treated as a tall political figure who etered politics due to sheer chance of circumstances, she undertook several political and development challenges head on, leading those to their successful and logical conclusions. Seen as a consensus builder both in social and political circles, she got many of her development plans done through personal rapport and logical nature with political leadership at the centre.

In one instance, while meeting with Atal Bihari Vajpayee, former Indian prime minister, she is said to have convinced him to support her plan for Delhi’s development almost instantly, given her persona and art of persuasion, which even her political rivals agree and gave credence to. Such was her acceptance across the political spectrum, a reason largely seen as her success factor, got reflected even after death in stream of pourings of condolences from every political party, even after her death.

This, by any standard, is a rare phenomena that will long stay etched in all our memories.

My memories of her

In yet another instance of her concern for society and community, in 2009 during my stint with the Times of India, I had several opportunities of meeting and interacting her in a range of meetings and settings. Her affection, way she treated people, her humility and guidance on matters and issues was enough to attract people towards her once and for all. In one of meetings, I vividly recall, which was between a group of students who came from over 20 leading Indian academic institutions and universities to intern with the Times of India and to write a report on ‘State of Governance: Delhi Citizen Handbook’, she told the students as a parting note that they should work in the larger interest of society and community.

The report was later prepared and launched in Delhi. Much as she wanted to come and launch the report, she could not due to her other pressing official engagements, she was however never to forget to send a hand written note – I am sorry not being able to make to today’s program much as I has wished for, my blessings are are with you all’. The note was handed over to me 5 minutes before the launch of the report began. Such was she and her persona which made one simply ponder over her caring nature, enduring charm and concern for her commitments.

Believer in ‘action’ and ‘approach’

She started her political career as a trainee and a political assistant to her father-in-law, supporting him in his routine correspondence and daily coordination of his office, learning elementary political lessons which later led to building her connections and network, eventually leading to a full blown political career. During her early career way back in 1970s, she became chairperson of the Young Women’s Association and was instrumental in the setting up two of the most successful hostels for working women in Delhi. She was also the secretary of the Indira Gandhi Memorial Trust, championing the cause of women empowerment and gender equality.

In her political journey that followed saw her catapulting to being the longest serving women chief minister of Delhi in India, Dikshit became a house hold name in Delhi in particular and in India and internationally, in general due to her sheer affable nature. Delhi being a political seat of the government, where she hosted several heads of states and foreign dignitaries during her tenure as Delhi’s chief minister, it was no surprise that several foreign embassies, high commissions and consulates also conveyed their personal condolences to her family upon her passing away, showing the personal rapport she had with many of these foreign missions and the mark of her sheer persona that she would have left behind in her personal interactions.

During her political career between 1984 and 1989, she represented Kannauj parliamentary constituency of Uttar Pradesh . As a member of Parliament, she also served on the Estimates Committee of Lok Sabha and also chaired the Implementation Committee for Commemoration of Forty Years of India’s Independence and Jawaharlal Nehru centenary. She also represented India at the United Nations Commission on Status of Women for five years (1984–1989). She also served as a Union Minister during 1986–1989, first as the minister of state for Parliamentary Affairs and later as a minister of state in the Prime Minister’s Office.

As a final chapter in her political career, she was sworn in as Governor of Kerala on 11 March 2014 and later declared as chief ministerial candidate for the Indian National Congress in the 2017 Uttar Pradesh Legislative Assembly elections. Subsequently, she was appointed as president of Delhi Pradesh Congress Committee on January 10, 2019.

Her overall approach was structured, logical and personal that came handy to her subsequent follow up and execution of plans and programs. A person who was the longest serving woman chief minister of India had all aces up her sleeves- both as a wise politician, a dotting mother to many and a loving sister to her political colleagues and rivals alike- unleashing a powerful combination of factors that was her sure way to win not only the points that she wanted to but also hearts of people due to her sheer humility, persona and witty nature.

A legacy beyond politics

She will long be remembered not for who she was as a person but more for what she has left behind for all of us- a beautiful Delhi and a looming figure of wit, approach and acumen to be emulated and followed through for by successive chief ministers regardless of their denomination and political affiliation. Dikshit is survived by her son Sandeep Dikshit, former member of parliament and her daughter Latika Syed, a social worker.

She will be missed and admired for a long time to come as she leaves behind a city legacy that will continue to reflect her charm in what she did for its development while, at the same time, keeping younger generation inspired to keep working on for their society and community- a message that is firmly etched into my personal memory during one of the longish interactions that I had with her in summer of 2019. 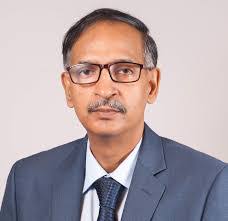 (Author currently is managing director of SOENT, an European policy consulting group besides having founded the first non – Anglo-Saxon think tank in Germany as its CEO. He also sits on a number of boards including World Food Program Trust for India, Council for Research on Policy and Governance, Swedish Institute Alumni India, social audit committee of ACC Limited, Ten News and MARG, with 12 books to his credit. He is also a British Chevening Scholar at the London School of Economics and Political Science, London, United Kingdom.)

Author is Founding CEO of the DOC Research Institute, Berlin, Germany; Has worked for TOI and Ispat Industries in senior leadership positions among other large industry associations and non-profits; Launched and led national campaigns such as Teach India and Lead India during his stint at the TOI earning appreciation from UN Secretary General Ban Ki-Moon. Also on boards of World Food Program Trust India, ACC Limited, Ambuja Cement and Dainik Bhaskar Etc; Has Authored 12 books. The views expressed in this article are his personal