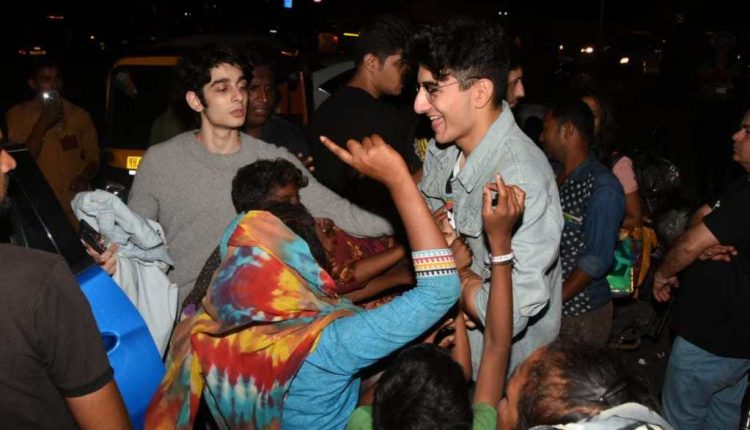 Mumbai: More than Bollywood stars, it’s their kids who seem to have become paparazzi favourite these days. Be it Suhana Khan or little Taimur Ali Khan, star kids are under constant media glare. Now, a video of Saif Ali Khan’s elder son Ibrahim Ali Khan and Akshay Kumar’s son Aarav Bhatia is doing the rounds on the Internet.

The two young boys, who have often been spotted hanging out with each other, stepped out on Sunday for dinner in Mumbai. As they left the restaurant, they were mobbed by street children.

In the videos and pictures, which were captured by shutterbugs, Ibrahim is seen smiling and interacting with the children, though Aarav looks a little worried.

Actress Pooja Bedi’s daughter Alaia F. was also present with the two star sons. She is seen happily posing with the street children. Alaia is all set to make her Bollywood debut with “Jawaani Jaaneman”, in which she essays the role of Saif’s daughter.