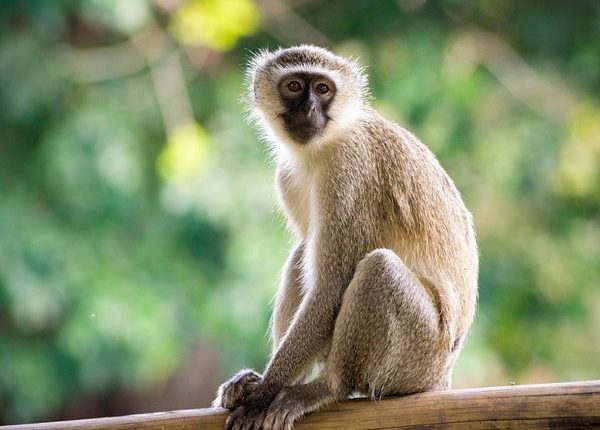 Washington D.C. [USA],  7 Morning India: It is known that microorganisms that live inside and on our body have a vital role to play in maintaining one’s health and also help to avoid catching diseases.

Providing evidence, a team of researchers has now highlighted the importance of maintaining physical distance to minimise the spread of microbes among individuals.

The scientists observed monkeys in the wild to understand what role genetics, diet, social groupings, and distance in a social network play when it comes to the microbes found inside an animal’s gut.

“Social microbial transmission among monkeys can help inform us about how diseases spread. This has parallels to our current situation in which we are trying to understand how social distancing during the COVID 19 pandemic and future disease outbreaks may influence disease transmission,” said Eva Wikberg, an assistant professor in UTSA’s Department of Anthropology who studies the interaction between ecology, behaviour and genetics in primates.

The gut microbiome refers to all the microorganisms inhabiting the digestive tract, starting with the stomach and ending with the colon. Over the past decade, the microbiome has come under more scientific focus because it’s believed that an unhealthy gut microbiome can lead to obesity, impaired immune function, weakened parasite resistance and even behavioural changes.

However, researching microbiomes is difficult because of the variation in microbial composition between individuals. One long-standing question is whether this variation is driven by genetic makeup, diets, or social environments.

This research inquiry has been especially hard in wild populations because of the lack of detailed data necessary to tease apart the myriad factors that shape the microbiome.

To find an answer, Wikberg and fellow researchers studied the faecal matter of 45 female colobus monkeys that congregated in eight different social groups in a small forest by the villages of Boabeng and Fiema in Ghana. The scientists saw major differences among social groups’ gut microbiomes.

However, individuals from different groups that were more closely connected in the population’s social network had more similar gut microbiomes. This discovery indicates that microbes may be transmitted during occasional encounters with members of other social groups.

A similar setting maybe when people come into one-meter proximity of each other at a store. Being in close proximity or accidentally brushing up against someone else may be all it takes to transmit certain microbes.

This study suggests that microbes transmitted this way to help the colobus monkeys digest the leaves in their diet. However, further research is needed to investigate whether this type of transmission yields health benefits, which could explain why different social groups occasionally have friendly between-group encounters.

“Studies of wild animals can teach us a lot about the importance of using interventions, such as social distancing, to ensure a safer community during this pandemic,” said Wikberg. Morning India

Presence of spouses who are co-parenting can alter each other’s brain activity:…

Brain imaging study reveals absence may increase fondness for the other