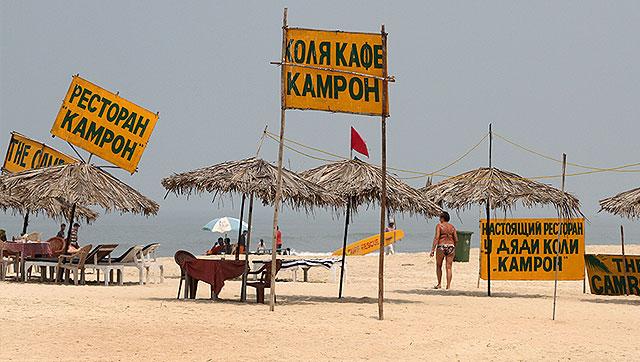 Panaji[Goa], May 22, 2019:  Police in Goa on Wednesday started a probe into the assault on a Russian woman tourist by an unknown motorcycle-borne person on May 15, even as the victim has claimed that the police refused to take serious note of the incident.

Police sources here told IANS on Tuesday that the victim has been contacted and is expected to file a detailed statement soon with the Calangute police station in North Goa .

“We have requested the victim to visit the police station and record a detailed statement in this regard,” a senior police officer said.

The incident occurred on May 15, but came to light after the victim approached a local cable news channel which, on Tuesday, uploaded a video of her assault on social media that later went viral.

Speaking to IANS, the victim alleged that the incident occurred on the afternoon of May 15, when she was returning after a visit to an ATM in Arpora village, located about 10 km north of Panaji.

“I was offered a lift by a motorcycle-borne person. After I rejected his offer, he stalked me for a distance and then slapped me,” said the victim, who is due to leave for Russia this weekend.

“I have the whole incident on video. But the police refused to even look at it. They did not take my complaint. I have been following it up for days now, but there is no complaint registered,” she said.

Police sources said that a non-cognisable report was filed with the Calangute police station on May 16.

Safety of tourists, especially women, has been an issue of concern in Goa, one of the leading beach and nightlife tourism destinations in the country.

Travel and tourism industry stakeholders in Goa have recently complained to the Tourism Minister about the slack law and order situation and the callousness of the police authorities in tackling crimes against women and tourists in the coastal state.

Tourism ministry officials were not available for comment.(IANS)

Celebration of ‘Aam’ Takes Hold of the National Capital

Mountains are Calling as Heat is Balling

17 Killed in Dubai Accident, 12 of them are Indian