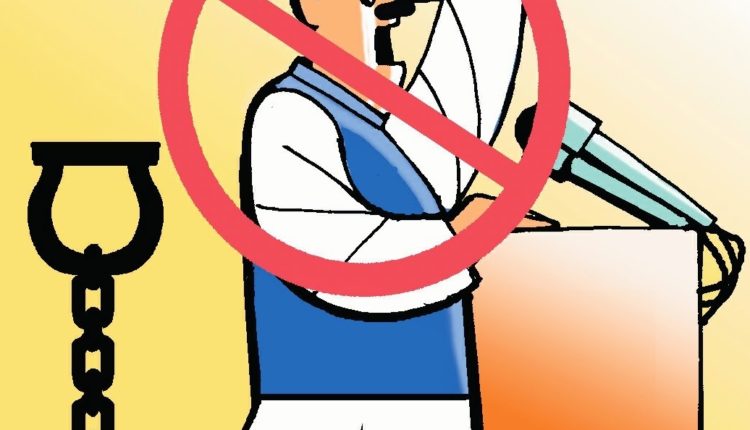 PATNA: Analysis of self-sworn affidavits of the 43 candidates, who are contesting the Bihar by polls for the five assembly seats, shows that nearly 50 percent (21) of the total candidates have declared criminal cases against them, while 33 percent (14) have accepted about serious criminal cases registered against them.

Further analysis of the affidavits indicated that almost all the political parties have given candidates with criminal charges against them. Percentage of contestants with registered criminal cases is 100 percent for the political outfits, including Hindustani Awam Morcha (Secular), CPI (ML) (L), Rashtriya Samta Party (Secular), Rashtriya Janata Dal and Akhil Bharatiya Mithila Party.

The ruling Janata Dal (United) and the Communist Party of India is lying lower down the ladder with only 25 and 33 percent of candidates respectively with criminal cases.

Bihar Election Watch and Association for Democratic Reforms have jointly conducted analysis of the self-sworn affidavits of the candidates that they submitted along with their nomination papers.

Criminal cases registered against the various contestants include the serious charges of murder, attempt to murder, criminal intimidation, extortion, kidnapping for ransom, theft, forgery for purpose of cheating and even assault or criminal force to woman with intent to outrage her modesty among many other charges.

Analysis of financial background of the contenders reveals that 40 percent (17) of the total are crorepatis, while the average assets of the candidates turn out to be Rs 1.75 crore. Sweety Singh, contesting from Kishanganj on BJP symbol, is the richest candidate with total declared assets of over Rs 19 crore.

Age-related details of candidates showcase that 72 percent (31) of the total are between the age-group of 25 and 50 years. And the rest 28 percent (12) of them have declared their age between 51 and 80 years.

Of the total candidates in fray in the state by elections, only four women contestants are there, implying just nine percent of the total candidates are females, which proves male hegemony in electoral politics. It also shows that women members have a long way to go and 33 percent reservation for them has turned out to be a mere rhetoric by the political parties, as nothing substantial or concrete has been done on the ground till date to achieve the same.

Nearly 50% of those contesting Bihar by polls have criminal cases…