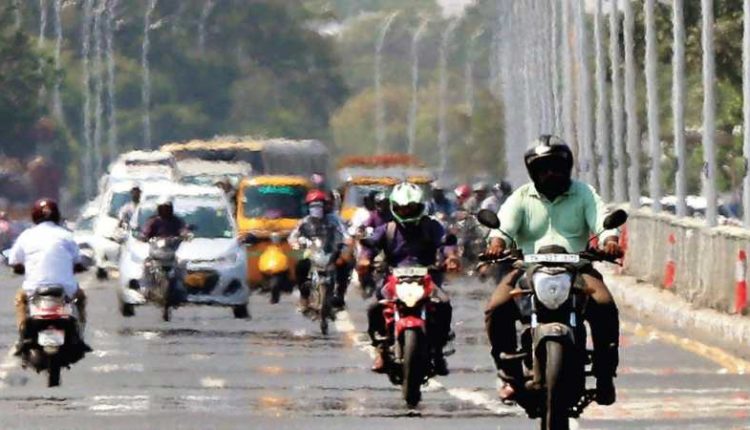 Sydney [Australia], June 19, 2019: Cities are expected to facilitate the quality of life for their inhabitants. However, city dwellers in India are increasingly facing heat stress in their natural and built environments. Extreme summer temperatures and heatwaves are now a common occurrence worldwide, and they are becoming more frequent, extended, and extreme in India.

The recent extreme heatwave that engulfed different cities and regions of India has seen heat records tumble like Jenga blocks.  The heatwave has lasted 32 days, making it the second-longest ever recorded. Evidence from India’s major cities shows that systematic higher average temperatures of 5-12degree Celsius above normal were observed in highly-urbanized areas.  As the mercury climbed up, temperatures soared to record-breaking highs in some cities. On June 10, Delhi’s temperature reached 48 degrees Celsius, a record high in June. On June 9, Prayagraj reached a previous record of 48.9 degrees Celsius. In some places such as Churu in Rajasthan, temperatures reached 50.8 degrees Celsius. At some point, all 15 cities listed as the world’s warmest by the El Dorado weather website was from India.

Heat is a serious concern, and those most at risk include the elderly, babies and young children, pregnant women, and people with existing medical conditions. Dozens of people, especially vulnerable groups such as homeless and migrant workers, were killed as a result of this year’s heatwave.
The historical EM-DATA data also shows that the maximum number of heat wave occurrences and heat-related deaths in India occurred over the last five years.  A stark insight into the multiple risks of heat waves was revealed when more people died in India from heat-related il 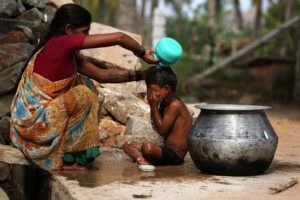 lness in the last decade than from any other natural disasters during the same period.

The (IMD), the National Disaster Management Authority of India (NDMA), and other national and regional institutions now recognize high temperatures and extreme heat events as a serious risk to public health.

Cities, such as Ahmedabad, have rolled out heat action plans to beat the heat and provide respite to the citizens.  However, a lack of a wholistic approach, fragmented governance, limited capacity and resources, spatial variability of urban heat, lack of scaling-up of initiatives, and lack of public awareness and information are major challenges for urban heat management

Climate-smart interventions to cool cities and communities
The good news, however, is that a range of climate-smart strategies is available to manage the urban environment and cool cities. These innovative solutions can be broadly categorised into two areas (i) solutions that decrease absorption of solar radiation and release of heat to the atmosphere and keep urban surfaces cool (e.g., reflective materials), and (ii) increase evapotranspiration in an urban environment (e.g., urban greenery and water-based systems).

i. Water-based landscape
The use of water in reducing outdoor temperatures has been known for many centuries. Water-based urban landscape, such as lakes, rivers, and wetlands contribute to urban cooling through water retention and evaporative cooling. Water-based landscape can decrease urban temperatures by 3-8 degree Celsius. Apart from natural water bodies, a variety of passive systems and active or hybrid water components like pools, ponds and fountains, sprinklers and water fountains can be implemented in public spaces for both decorative and climatic purposes.

ii. Urban greenery
Various forms of natural and designed urban greenery decrease urban temperatures and cool air through shading and evapotranspiration. Urban greenery may be part of urban landscapes, parks, streets, and open spaces, and can also be integrated into the building envelope through green roofs and vertical gardens.

In tropical and subtropical climate zones with sunny summer skies, like that of India, urban greenery is an economic and effective heat mitigation strategy. For example, increasing street tree and canopy cover by 14-40 percent can lower afternoon temperatures by as much as 5.5 degree Celsius. To design urban green spaces with the greatest cooling effect in hot summer weather, architects and urban planners need to collaborate in design interventions. 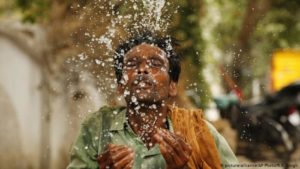 Reflective materials can be applied to the exterior surfaces of buildings (cool roofs and cool facades) or outdoor spaces (cool roads and pavements). Cool roofs can reduce average summer indoor temperature up to 2-5 degree Celsius in India. While reflective materials can offer significant opportunities to save energy and cool Indian cities, the lack of relevant policies and building codes can create challenging conditions.

Policies pave positive pathways
Urban heat management has been an important policy agenda for Indian policymakers, though largely as part of the central government efforts on energy efficiency and climate change. Some local governments have developed heat action plans in partnerships with state disaster management authorities, health departments and meteorological offices. However, these plans focus on ad-hoc emergency response, neighborhood outreach and public awareness activities during extreme heat events. The technologies and strategies identified in this article can support governments at all levels in urban heat management. Individually, each strategy can mitigate high urban temperatures; taken together or in combination, citywide adoption can significantly reduce the urban heat island (UHI) effect itself while providing many co-benefits.

Technologies are not simply absorbed and implemented through either a one-off policy or by one person. Relevant policies that bring together community, industry, and governments are crucial for wide-scale implementation of disruptive climate-smart technologies and their integration into mainstream urban policy.

(Dr. Komali Yenneti is the New Generation Network Scholar – Lecturer at the Faculty of Built Environment, UNSW Sydney and an Honorary Fellow at the Australia India Institute. She was described as one of the World’s Top 25 Young Scientists in Energy by German Govt; one of the ‘100 Great Minds’ by the Falling Walls Foundation and was also felicitated by Queen of Elizabeth at Buckingham Palace.)