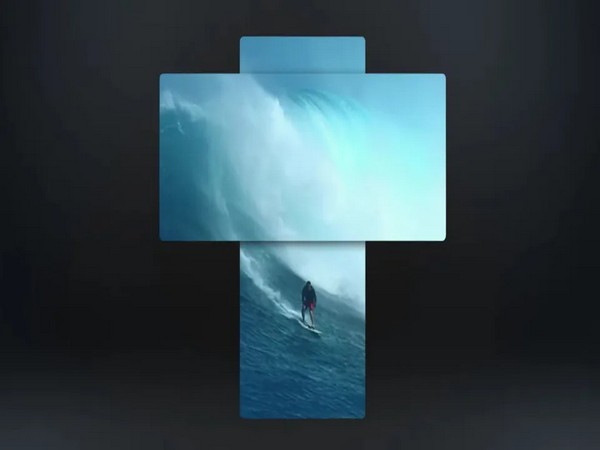 Washington [US], September 7 Morning India: LG has confirmed its upcoming phone will be called Wing and will be revealed at its announcement event on September 14.

According to The Verge, the smartphone is believed to have two screens, and a swivelling factor, which has been shown in a recent teaser video. It shows the device with a sliding mechanism that can rotate it into a T shape.

In addition to its swivelling screens, reports about the Wing so far have indicated the device will support 5G, have a triple-rear camera array with a 64-megapixel main sensor, and will run on a Snapdragon 7-series processor.

As per The Verge, the device will be LG’s first launched under its Explorer Project, a new mobile category the company says is aimed at “discovering new ways to interact with mobile devices… and challenging established user norms,” adding that the Wing will “deliver a new and different form factor and mobile experience that would be impossible to create with conventional smartphones.”

LG’s announcement will kick off at 10 AM ET on September 14. Morning India