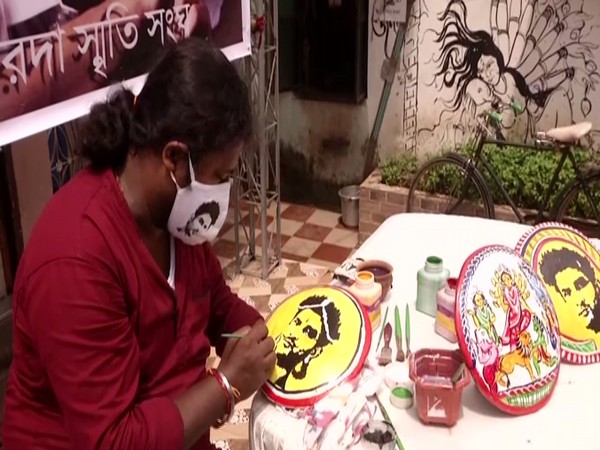 Kolkata (West Bengal) , India. September 13 Morning India: Admirers of Sushant Singh Rajput continue to pay tributes to him and remember his work with an artist in Kolkata drawing a painting of the late actor and stating that he would have been the appropriate choice to represent Goddess Durga’s son Kartik in a movie.

Ahead of Durga Puja, Manas Rai, an artist in Kolkata, paid a heartwarming tribute to the late actor through his painting.

“Sushant Singh Rajput was a very good artist. He had a lot to give but sadly he passed away. If a movie would have been made on Kartik, Sushant would have been the apt choice,” Rai told ANI.

Sampa Chakraborty, a member of a Puja committee in the city, said that people see an impression of Kartik in Sushant.

“This year, Sushant Singh Rajput’s face is being created in place of Goddess Durga’s son Kartik as a mark of tribute to him,” she said.

The 34-year-old actor was found dead at his Mumbai residence on  4 and probe agencies are investigating the matter. Morning India