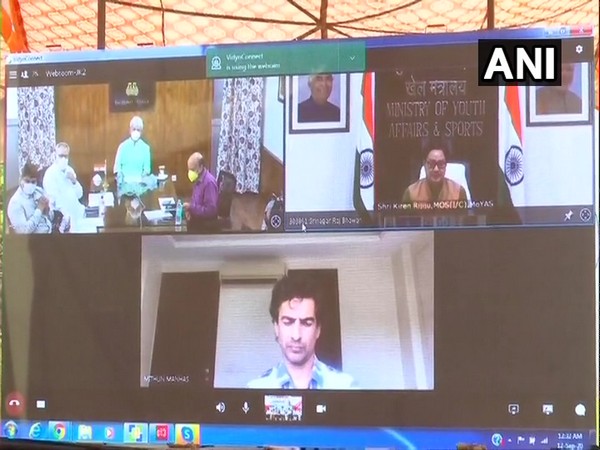 “The upcoming Rs 58.23 crore mega-sports complex is going to be spread over 270 kanals of land, being undertaken under the Prime Minister’s Development Package (PMDP) and it will go a long way in accentuating the overall Sports Infrastructure in the Union Territory,” read a release from LG office.

The State of the Art Sports Complex will have multiple sports facilities of international/national standards in one place. Falling in close vicinity of national highway 44, the project shall not only cater to the Hiranagar area but the whole of J-K and would be an important place for hosting national and international events.

Remembering Arun Jaitley, the Lt Governor said he was an outstanding parliamentarian, a legal stalwart, an eminent intellectual, an able administrator, and an immaculate statesman who believed in the high ideals of transparency and accountability in governance. Jaitley’s contribution to nation-building and his role in Indian polity has been exceptional.

The e-foundation stone was laid in presence of Advisor to the Lieutenant Governor, Farooq Khan; Union Secretary of Sports, Ravi Mittal; Chief Secretary, BVR Subrahmanyam; Secretary, Youth Services and Sports, J&K, Sarmad Hafeez, and Divisional Commissioner, Jammu, Sanjeev Verma, who along with senior officers and scores of political leaders were present at the venue and joined the online event.

Family members of Arun Jaitley, including his wife Sangeeta Jaitley, and his daughter also participated in the event through the online mode.