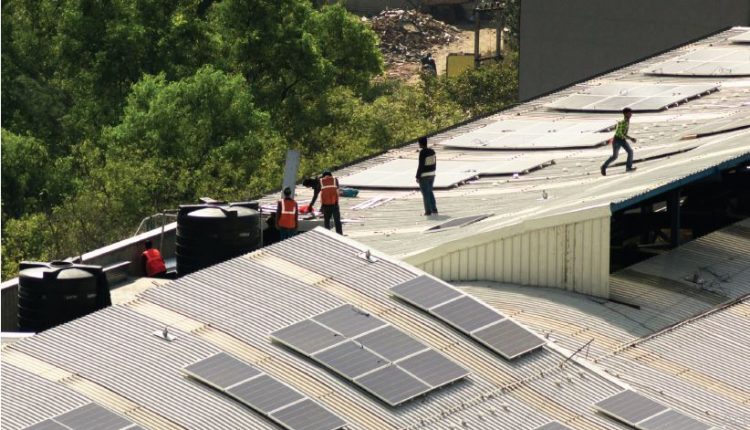 New Delhi, July 16, 2019: Achieving India’s renewable energy target of 175 GW by 2022, has the potential to create employment for over 330,000 workers in the wind and solar sectors – at least 230,000 additional workers between now and 2022, says a report released today by the Council on Energy, Environment and Water (CEEW), the Natural Resources Defense Council (NRDC), and the Skill Council for Green Jobs (SCGJ).

Rapid capacity addition in India’s solar and wind sectors have been the primary drivers behind the growth, according to the new report ‘Powering Jobs Growth with Green Energy’.

“While renewable energy is reshaping India’s energy sector, growth within the renewable energy sector is uneven. For example, new capacity additions in solar (utility-scale and rooftop) at 27.4 GW between FY15 to FY19 have outpaced the wind sector at 14.4 GW during the same time. Within the solar market, the vast majority of India’s total solar capacity until FY19 comes from utility-scale projects at 26.2 GW with only 3.8 GW of total solar-rooftop. Utility-scale solar has achieved 43% of its 60 GW target, while rooftop solar is at only 9.5% of its target of 40 GW by 2022,” according to report.

The report further says, “The year-on-year capacity additions have also been inconsistent. For instance, only 5.7 GW of utility-scale solar energy was added in FY19, as compared to 8.2 GW in FY18. Capacity growth in the wind sector slowed from 5.4 GW in FY17 to multi-year lows in the last two years – 1.7 GW in FY18 and 1.5 GW in FY19. These developments also have a direct impact on employment with additional workforce for utility-scale solar, rooftop solar, and wind employed dropping to 12,382 workers in FY19 from 30,083 additional workers in FY18.”

“Evaluating policy and market choices regarding the share of clean energy projects – large utility-scale or decentralized renewable energy – and ensuring continuous growth in the sector can help in maximizing the jobs created in the renewable energy sector,” according to report.

Dr Arunabha Ghosh, CEO, CEEW, said, “India lies at the centre of the ongoing global energy transition and its successful renewable energy programme is inspiring and enabling similar low-carbon transitions across other emerging economies. In the last two years, the capacity addition in India’s renewable energy sector outweighed additions in thermal power. While India deepens its renewable energy markets to ensure that the employment potential is met, it would also need to increase focus on creating a skilled workforce and designing quality training programmes.”

The Council on Energy, Environment and Water (CEEW) is one of South Asia’s leading not-for-profit policy research institutions. The Council uses data, integrated analysis, and strategic outreach to explain – and change – the use, reuse, and misuse of resources.

The CEEW-NRDC-SCGJ analysis finds that 45,000 workers could be employed in solar module manufacturing in India as part of the 100 GW solar target. However, policy certainty, government support, and lowering the cost of finance will be key to sustaining the growth of India’s renewable energy markets, and in turn the renewable energy workforce.

Renewable jobs growth also slowed in 2019 because of a 20% decline in capacity additions in the solar and wind market. The new Goods and Services Tax (GST), imposition of the safeguard duty, payment delays by power distribution companies, lack of finance, and infrastructure constraints were key reasons behind the slowdown.

Dr Praveen Saxena, CEO of the Skill Council for Green Jobs, added, “Over 58,000 workers have been trained till date by the government. To meet the growing demands of India’s renewable energy sector, we will now focus on improving technical competency of skill development centres, deepening penetration of training institutes in smaller cities and rural areas, increasing collaborations with industry, constantly upgrading training programmes, and creating a larger pool of skilled trainers.”

The Skills Council for Green Jobs (SCGJ) is the sector skill council supporting National Skill Development Mission, National Solar Mission, Make in India, Smart City Mission, AMRUT and Swachh Bharat Abhiyan. SCGJ has been created under the Ministry of Skill Development and Entrepreneurship (MSDE) and promoted by Ministry of New and Renewable Energy (MNRE) with the mandate to undertake industry skills gap analysis, develop National Occupational Standards along with course curriculums and certification of trainers and candidates to support skill development activity in India.

The study also urges renewable energy companies to improve reporting on the number of jobs created at every stage of the value chain and skill requirements to ensure market growth and political support over time.

Besides the huge employment potential, the success of the renewable energy market is also crucial to India’s achieving its Paris Climate Agreement targets. India has committed to reducing greenhouse gas (GHG) emissions intensity of its GDP by at least 33% below the 2005 levels by 2030, and to achieving 40% of installed electric power capacity from non-fossil sources by the same year.

Here are the key findings of the CEEW report:

Here are the key recommendations given in the report.

According to CEEW, “As India works toward meeting these goals, there is significant opportunity to combine the government’s job creation and energy transition goals. The following recommendations can help:

A Bi-lingual journalist, having 30 years of experience in all four major wings of the Media (Print, TV, Digital and News Agency); Has worked as an Editor for more than 8 times in various media houses including Rashtriya Sahara, ANI, Planman Media and i9 Media groups; Has been a TV Anchor, Producer & Bureau Coordinator. A Google Trained Trainer to combat the menace of Fake News; An Expert on KAIZEN solution for Media; Has written Six Books on various subjects.