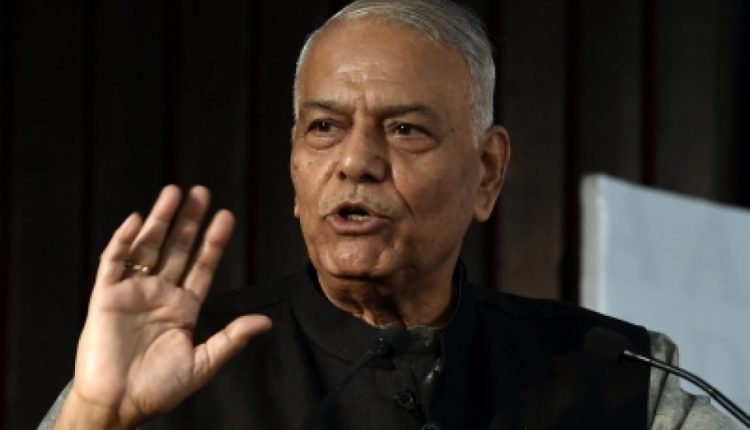 New Delhi, June 28 “When I was young and growing up in Patna, cinema halls used to advertise that they would show two films in one ticket on weekends. In my life’s story, you will see three films in one ticket,” says former Finance and External Affiars Minister Yashwant Sinha of his autobiography, ‘Relentless’, which will release here on July 19.

“From bureaucrat to politician, and from one century to the next, Yashwant Sinha’s incredible journey from modest beginnings to the highest corridors of power is a tribute to a family’s determination and sacrifices, a young man’s indomitable grit and an enduring ode to a nation in the throes of constant churn and change,” the publisher, Bloomsbury, said in a statement.

Having worked with three prime ministers and two chief ministers, former administrator and Union minister Sinha has been a part of the country’s transformation from a fledging postcolonial democracy to one of the world’s most exciting economies to watch out for – a transformation in which he has played an active role as a parliamentarian, minister for external affairs and two-time finance minister in two vastly different governments.

It is also a compelling read for Sinha’s commentary on things as diverse as politics, religion, democracy and its institutions, as well as family, personal struggle and a relentless pursuit of bigger dreams.

From when bureaucrats often bicycled to work and the back lanes of Bihar to the autobahn of Bonn; from the benches of the Indian Parliament to the podium of the UN General Assembly; from behind bars of various jails to centre stage as a dissenting voice in a majority government-Relentless tells the story of one of India’s most well-known public faces, in his very own unique voice, and some of its most iconic leaders and political parties, with neither fear nor favour.

From JP and Chandra Shekhar to VP Singh, Atal Bihari Vajpayee and Narendra Modi, the book gives an insight into the rise and fall of leaders and ideologies that have charted a unique course for our democracy amid fierce personal and political strife.

Sinha taught political science at the University of Patna till 1960 before he joined the Indian Administrative Service. In 1984, he resigned from the service and joined politics as a member of the Janata Party. He worked as the Minister of Finance from November 1990 to June 1991 in Chandra Shekhar’s cabinet. He later joined the BJP and became the national spokesperson in 1996.

“We are delighted to be publishing ‘Relentless’ the autobiography of Shri Yashwant Sinha. Shri Sinha’s story is fascinating and inspiring – a civil servant who reached the top echelons of politics maintaining a high reputation of integrity, credibility and commitment,” Bloomsbury India Managing Director Rajiv Beri said.(IANS)