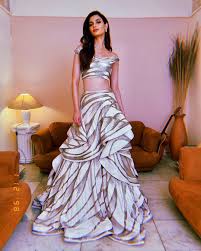 Mumbai: Diana Penty is being trolled on social media — no, not by netizens but by the Bollywood frat! Celebs who have been trolling Diana include Aditi Rao Hydari, Dia Mirza, Sonu Sood and Punit Malhotra.

It so happened that Diana posted a picture of herself on Instagram, with the caption: “Messy hair, don’t care!” In the picture, the “Happy Bhag Jayegi” actress can be seen posing in a way as if she is trying to arrange her hair, which looks perfect already.

Actor Sonu Sood wrote” “Messy… straight out of the parlour.”

On the work front, Diana was last seen in the song “Sheher ki ladki” alongside rapper Baadshah, for the film “Khandaani Shafakhana”. She will next be seen in Kunal Deshmukh’s romantic movie “Shiddat”, which also stars Sunny Kaushal, Radhika Madan and Mohit Raina.