Gen Bajwa to Save Pakistan from Bankruptcy? 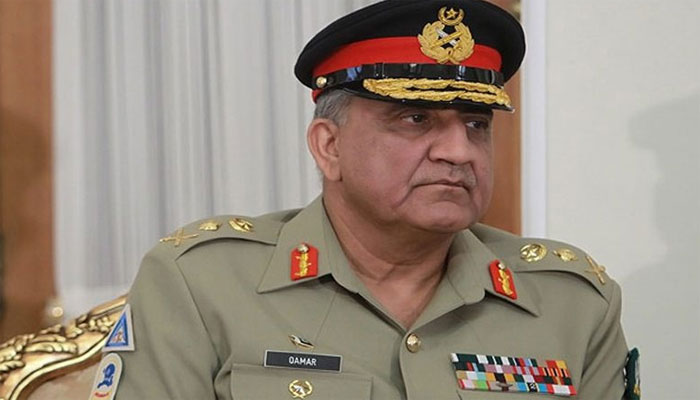 Will Pakistani Chief of Army Staff general Qamar Javed Bajwa save his country from a possible bankruptcy? This question is being asked in the political circle after the Pakistan Government’s decision last week, to make Gen Bajwa a member of the National Development Council (NDC). The Pakistan Government’s NDC is headed by the premier and has been given the responsibility of making major economic decisions.

Pakistan is on the brink of bankruptcy as its foreign reserves dry up and debt payments mount.

Pakistan Army Chief General Bajwa, who has already taken diplomacy in his own hands and was busy visiting foreign countries to garner support for his doctrine, has now taken the responsibility to improve financial health of his country.

Pakistan is facing a serious financial crisis. Keen to swerve away from the brink, Prime Minister Imran Khan had been knocking on the doors of countries like China and Saudi Arabia for loans. Saudi Arabia and the United Arab Emirates each have committed to extending credit lines of $6 billion to Pakistan. So far, Riyadh has provided $3 billion and Abu Dhabi $1 billion. Still, Pakistan’s central bank said its foreign exchange reserves stood at $8.12 billion, not enough to cover imports for two months.

Grappling with soaring inflation, a crippling balance of payments crisis, a depreciating currency and low exports, PM Imran Khan’s government has recently accepted a $6 billion bailout package from the International Monetary Fund. As part of that process, the government has drastically cut back on subsidies, has raised electricity and fuel prices and has increased direct and indirect taxes.

Pakistani Army Chief Gen Bajwa has blamed “fiscal mismanagement” for the country’s economic woes, days after he was appointed to a newly formed committee responsible for steering the economy.

Pakistan government is facing serious macro and micro issues afflicting the economy that need immediate fixing. For a long time, the country was in dilemma in taking decision whether to go or not for an IMF (International Monetary Fund) bailout.

Pakistan Finance Minister Asad Umar tried to claim that the country is now better placed to negotiate with the IMF. On the other hand, his close advisors were counseling Prime Minister Khan that if the country goes for another IMF program he will lose the next election just like his predecessors. However, it is believed that finally, PM Imran Khan opted to go to IMF for a bailout, on the behest of Gen Bajwa.

The International Monetary Fund  (IMF), which had announced in the negotiations over the past couple of months that Islamabad would have to increase taxation in order to repay external debt and increase foreign exchange reserves, finally on  July 3, approved a $6 billion bailout package to help “return sustainable growth” to Pakistan’s economy.

Throughout the deal spanning 39 months, the IMF will review Pakistan’s progress on a quarterly basis. As part of the agreement, $1 billion has been released to Pakistan.

This is the 13th IMF bailout for Pakistan, with the Fund looking toward the correction of “structural imbalances” in the country.

The targets that have been set for Pakistan, requires the country to increase the foreign exchange reserves from the current $6.824 billion to $11.187 billion next year. Pakistan’s net reserves are expected to increase from negative $17.7 billion to negative $10.8 billion over the same period.

The documents further reveal that over the next two years of the bailout package, additional 1.5 trillion rupees and 1.31 trillion rupee hikes in revenue collection have been scheduled.

Under the pressures from the IMF, the Pakistan Government in this fiscal year’s financial budget increased the Federal Board of Revenue’s (FBR) tax collection target from 3.94 trillion Pakistani rupees ($25 billion) to 5.5 trillion rupees.

Pakistani Army Chief Gen Bajwa has to face the pressure from IMF which has asked Pakistan to pay $37.359 billion in external debt within the duration of the IMF bailout deal. Islamabad owes $14.682 billion of this figure to Beijing, largely due to the China-Pakistan Economic Corridor (CPEC).

Pakistani citizens are facing the heat of IMF bailout in the form of heavy taxation. Even before the budget was passed, the government had already implemented steps to enhance taxation, with hikes in the price of petrol and electricity. Pakistani Government officials have confirmed that further hikes are expected next month. 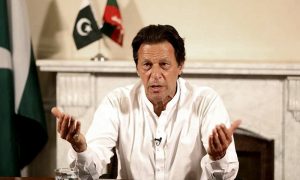 This was another precondition of the IMF bailout. The Pakistani rupee has lost over half its value since December 2017, resulting in inflation rate reaching a five-year high at 9.4 percent in April, and expected to rise to over 13 percent, as per the Fund’s forecast.

The Pakistani currency has an annual depreciation of 5 percent against the dollar.

The problem is not just the tough conditions put up by IMF on Pakistan aimed at cutting the country’s substantial fiscal and current account deficits, as part of the package, the IMF has also installed its own ‘intelligent’ people on key posts.

This may serve the IMF’s purpose of increasing its stranglehold over the country. Also, it reflects a total lack of confidence in PM Imran Khan-led Pakistan Tehreek-e-Insaf (PTI), the current ruling party of the country, Government’s capacity to do the job.

The Pakistan government has appointed former IMF mission chief Reza Baqir as the governor of the State Bank of Pakistan and former Finance Minister Abdul Hafeez Shaikh as the prime minister’s adviser on finance under the forced instructions by the IMF in the lead up to the bailout agreement.

It is also revealed that the entirety of the loan Pakistan received from Saudi Arabia and the UAE at the turn of the year was spent to prevent the currency market from crashing.

So, indirectly, the Government of Pakistan is being run by the IMF at one side and China on the other side.

China, in this year January, had agreed to provide $2.5 billion in loans to Pakistan. Islamabad was hoping to receive $6 billion in financial assistance from China to help boost its foreign exchange reserves. China, however, did not instantly agree to a bailout package when Khan visited Beijing in November. It was only after a gap of about three months that Beijing finally agreed to lend the $2.5 billion. The balance of payments crisis could threaten the $62 billion Beijing has poured into the China Pakistan Economic Corridor — a key part of Chinese President Xi Jinping’s signature Belt and Road Initiative.

The Pakistan Tehreek–e-Insaf–led government presented in Parliament on June 11 the 2019-20 federal budget amid great disorder. The budget was passed by the National Assembly on June 28 has an outlay of Rs. 7.02 trillion for fiscal 2019-20. Troubled by the economy’s persistent malaise, the PTI government has claimed it would opt for “self-sacrifice” rather than putting the squeeze on the common man. Treasury benches exchanged unprintable abuse with lawmakers of the Pakistan Peoples Party and Pakistan Muslim League (Nawaz). To make matters worse for the PTI, the opposition, led by PMLN’s Shahbaz Sharif—“produced” from jail for the budget session—kept referring to the PTI government as “selected” rather than “elected,” eventually forcing the Speaker of the National Assembly to ban the word’s usage, expunging all references from the House record.

The opposition, instead, kept pointing to the hardships the budget was inevitably placing upon the common man. It also, rather disingenuously, dubbed the government’s “submission” to the International Monetary Fund (IMF) as a “betrayal” of the nation and surrender to Pakistan’s enemies. Irony dripped copiously from the PMLN and PPP’s outbursts, as during their respective tenures in power, both had resorted to IMF loans “in extremis” because of Pakistan’s perennial financial misgovernance.

Under the budget passed in the Pakistan parliament, ministers’ salaries will be cut by 10 percent. In another major step, the Pak government will cut Rs. 40 billion in subsidies on gas and electricity. But even as the budget was being passed, the bête noir of debt servicing—a never ending cycle in which Pakistan notoriously borrows more money to pay off old loans—stood at $95 billion. The opposition parties of Pakistan, crippled by cases of corruption and pre-trial arrests, vociferously rejected the budget.

These cuts, are unlikely to make much of a dent in a state with only $8 billion in its foreign exchange reserve—sufficient for only two months—despite the many “repayable” handouts taken by the current government from Saudi Arabia, the United Arab Emirates, Qatar and China.

Worried about the financial crisis of his country, General Bajwa recently said, “We’re going through a difficult economic situation due to fiscal mismanagement.”

“We understand that the government has gone for difficult but quintessential decisions for long-term benefits and what we’re doing is playing our part,” Gen Bajwa told a seminar at Islamabad’s National Defence University, according to a statement issued by the Inter-Services Public Relations.

Gen Bajwa told the seminar that the military was doing its bit to confront the economic challenges by cutting costs. The defence budget was increased by 20pc last year but the military decided to forgo a big increase in FY 2019-20.

Overall, since coming into power, the Imran Khan government has taken on an additional $11.3 billion in loans, compared to the $8.6 billion it inherited from the PMLN regime. In the same period, loans from multilateral donors have dropped from $28.1 billion to $27.6 billion.

Inflation, at 9pc in May, is likely to rise to 11-13pc during fiscal year 2019-20, according to official forecasts. In its annual budget statement, the government said that it expected a fiscal deficit of 7.1pc this year, down from 7.2pc the previous year. The rupee has lost more than 50pc of its value since December 2017.

Public external debt has surged to $78.4 billion from $75.3 billion, while long-term foreign debt now stands at $64.5 billion. “Friendly” countries, such as Saudi Arabia and the U.A.E., have pledged $12 billion to help ease pressures on the balance of payments. Similarly, the Saudi-backed Islamic Development Bank is set to lend $4.5 billion for oil. Since November 2018, Saudi Arabia and the U.A.E. have already extended $4 billion as part of their aid package, providing much-needed inflows for the State Bank of Pakistan’s foreign exchange reserves.

In recent days Gen Bajwa has visited China for some renegotiation of the CPEC project. The more significant visit has been to the United Kingdom, the second by him during this tenure. Experts are of the opinion that a main agenda of this visit was to use the UK to reach out to the US and the international community and convince them to reduce pressure exerted on Pakistan to take the lead in improving Indo-Pakistan relations.

So, already facing tough conditions on various fronts, it will not be easier for Gen Bajwa to rescue his country from financial mis-governance. However, it has no other options also.

(Writer Onkareshwar Pandey is the Group Editor of Morning India Group of publications. He can be contacted at – editoronkar@gmail.com )

A Bi-lingual journalist, having 30 years of experience in all four major wings of the Media (Print, TV, Digital and News Agency); Has worked as an Editor for more than 8 times in various media houses including Rashtriya Sahara, ANI, Planman Media and i9 Media groups; Has been a TV Anchor, Producer & Bureau Coordinator. A Google Trained Trainer to combat the menace of Fake News; An Expert on KAIZEN solution for Media; Has written Six Books on various subjects.

Real Estate Vs the Environment: Threats To Biodiversity in India