E-auction for special number of vehicles from Sept 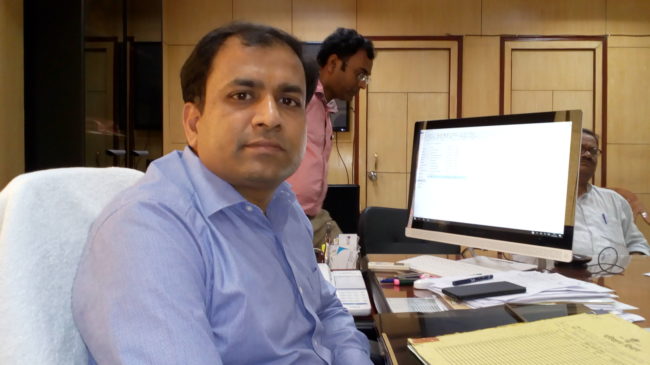 PATNA: If you are thinking to take a VIP number for your bike, car or any other vehicle, you would not have to go anywhere. The state transport department will issue the number of your choice through online auction. The new facility would start next month.

The vehicle owners can participate in the online auction by depositing Rs 1000 as registration fee. The fee would be non-refundable. The applicants have to pay separate registration fees for more than one number of their choice. The applicants have to deposit the auction amount to the account of district transport office either online or through bank draft within the time frame. The auction will start with the minimum base rate fixed by the transport department. The interested applicants could raise the auction amount in the multiples of 1000.

Transport secretary Sanjay Kumar Agarwal said the state cabinet has given its approval for the new initiative. The new facility is going to start in view of the demand of fancy and lucky numbers by the vehicle owners. The transport department would introduce the new facility from next month. Many people used to visit the district transport office (DTO) asking for special numbers. They demanded numbers according to their birth, marriage date and other occasions. Now they can choose number of their choice by participating in online auction. The transport department has selected 646 numbers for auction with base rates from Rs 10,000 to Rs 1 lakh. People can choose other favourite numbers also. Separate base rates have been fixed for private and commercial vehicles, he said.

Agarwal said the new facility would not only increase the department’s revenue, but will also help people to choose their favourite numbers. They have to register for auction. The number of their choices would be allotted to them according to the bidding amount. The highest bidder will be declared as H-1 and will have to deposit the bidding amount within seven days. After that, they will get fancy number. The H-1 category bidder has to submit the number to the DTO for registration in maximum 90 days. Otherwise, the special number would be auto-cancelled and the amount would be seized. The number would again be kept for auction if the second highest bidder (H-2) would not deposit the auction amount.

Class I Students stage presentation on “Health and Hygiene”