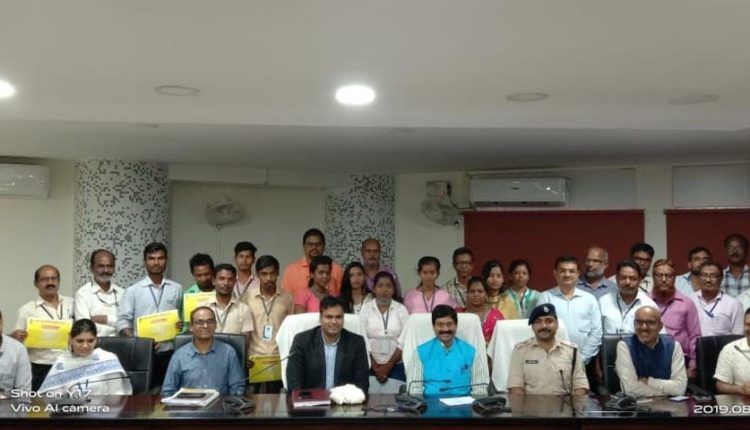 RANCHI: The National Commission for Protection of Child Rights (NCPCR) bench held at Chaibasa recently witnessed a large number of issues related to child orphanage. People approached the commission in hordes holding small children in hands, some of them as young as one year, seeking their protection.
Sources said in many cases the children were of unmarried women or were abandoned by their parents. Multiple marriages are also leading many parents to abandon their child.
The commission member Yashwant Jain ordered the district administration to send the orphans to Bal Kunj in Chaibasa as a part of the rehabilitation measures.
Another meeting held NCPCR in Hazaribag saw a large number of cases related to illegal adoption. The NCPCR issued direction to the SP to look into the matter. Similarly the NCPCR bench at Giridih, which was held by NCPCR chairman Priyank Kanungo, was flooded with child marriage cases.
Issues related to violation of child rights have emerged in huge numbers in the special courts being organized in the state. Around 526 cases were registered in Chaibasa out of which 189 were dealt with. The remaining cases were referred to Delhi with instruction for an action taken report within 15 days. Similarly over 400 cases were registered in Palamu and over 500 in Giridih.
The number of registered cases in Hazaribag was, however, only 80 for which notice has been issued to the district administration. It may be stated here NCPCR would hold special court in 12 aspirational districts of state including Ranchi under the campaign.
Officials said that in several places like in Palamu the NCPCR member took suo moto notice while spotting child labor on street and issued show cause to the concerned DC.
Office bearer of National Action Coordination Group (NACG) Sanjay Mishra said, “There is a need for proper rehabilitation of orphans children in Palamu. There is numerous problems including trafficking faced by child in Jharkhand. The NCPCR is holding courts to work for rehabilitation and reintegration of child”.
The NACG is formed by government of India. Mishra is supporting the NCPCR in holding the courts.
Notably, the meetings are organized by NCPCR to provide an opportunity to the important stakeholders in various child rights including children to express their concerns and put across their suggestions, opinions and views in form of representations pertaining to child related issues.
The meeting not only help NCPCR in taking up the matters of child rights violation but also to gather inputs that will help in making recommendations to concerned authorities.
Several other issues related to child rights and its violation has come to light in other parts of the state, treatment for serious ailments, capitation fee in private schools, mid-day meal and sexual exploitation were among them.