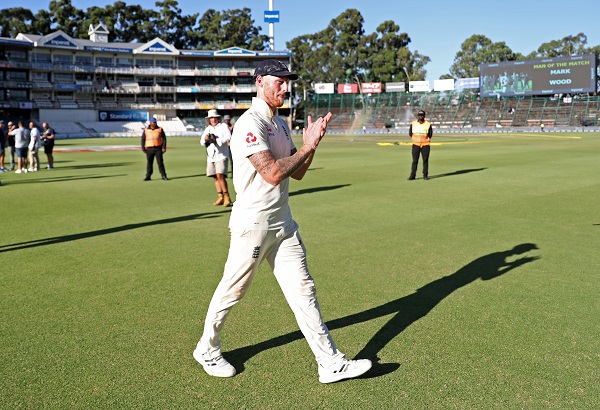 London [UK],  0 Morning India: England’s star all-rounder Ben Stokes on Monday said that he hasn’t thought the idea of captaincy yet, but will consider it a “huge honour” if he gets to lead England in the longest format of the game.

England players are gearing to return to action in July as they are slated to play a three-match Test series against West Indies. The first Test will begin on July 8 at the Rose Bowl Cricket Ground.

Skipper Joe Root is expected to miss at least one game during the series as he is awaiting the birth of his second child.

“I’m not one of those people you would necessarily think of as the next England captain. But it’s a huge honour. Even if it’s only the once you can still say ‘yeah, I’ve captained England,” he added.

The World Cup final hero exuded confidence and said he is really looking forward to captain England in a Test match.

“So I’m really looking forward to it if the opportunity presents itself. But I know I’m only stepping in for one game because of Joe’s personal situation,” said Stokes.

International cricket has been suspended since March due to the coronavirus pandemic, but the action is set to resume in July as England and West Indies take on each other in the series.

The schedule for the three-Test series against Windies is as follows:

Everton’s Bernard opens up on seeing psychologist after panic attack

Austrian Grand Prix: Charles Leclerc will not ‘take the knee’