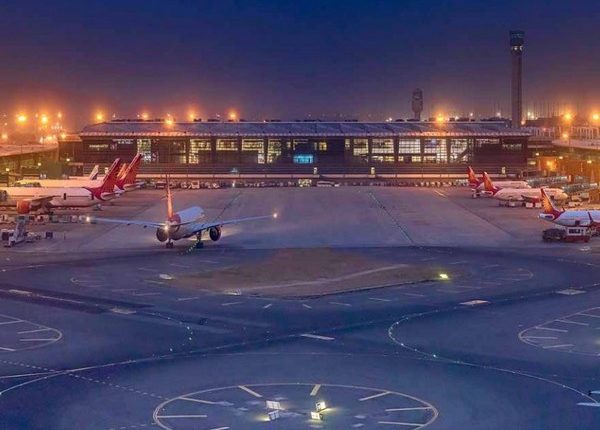 New Delhi , India.  1 Morning India: A German national has been living in the international transit area at the Indira Gandhi International (IGI) airport here for almost 54 days after he got stuck due to the coronavirus-induced lockdown.

The authorities concerned have made appropriate arrangements for the foreign national living at the airport and have also initiated an investigation against him.

During the interrogation, German national Edgard Ziebat said that he came from Vietnam on March 18 by Vietjet airline and had a connecting flight to Istanbul in Turkey.

But there were no flights available for Istanbul as India had suspended all commercial flight services due to COVID-19, he told the authorities.

Meanwhile, the authority at the airport informed the Ministry of External Affairs (MEA) India and the Germany embassy about the foreign national.

When asked about the foreign national, the Germany Embassy in Delhi told ANI: “We are aware of the situation and are in contact with relevant authorities and the person in question.”

The airport authorities had also asked the 40-year-old German national to board a special flight to Germany, which was operated under the Germany Embassy in Delhi, but neither the embassy nor the airlines agreed to take him on board.

Meanwhile, Turkish Airline has also refused to take him on board because he is not carrying a Turkish passport.

“I want to go anywhere except for Germany. I will wait here until the flight resumes,” the German national told officials at the airport.

During the interrogation, it was revealed that the German citizen has been involved in a number of crimes in his country and is afraid that if he goes back to Germany, he would be arrested.

“We are worried and contacted the authorities including the German Embassy and India’s Foreign Ministry (MEA), and flagged the issued. It was found that until now the authorities could not take any decision on it. This is a very unprecedented incident before us,” an airport authority official told ANI on the condition of anonymity.

However, airport operator DIAL is providing all basic amenities including foods, clothes, toiletries items and a recliner for sleeping to the German national.

“We confirm that a foreign national is currently in the transit area of the international terminal of Delhi airport due to the non-availability of regular flight to transit onwards. Appropriate authorities were informed about this on time. They are in dialogue with the foreign national,” the Delhi airport officials said.

Talking about his deportation and detention, an official, who is interrogating him, said: “He is currently in the international transit zone where the Indian Penal Code (IPC) does not apply irrespective of whether a person is involved in any crime.”

The German national is carrying visas for several countries and the aviation security is keeping a close watch on him through CCTV. Morning India

4 killed in road accident in MP