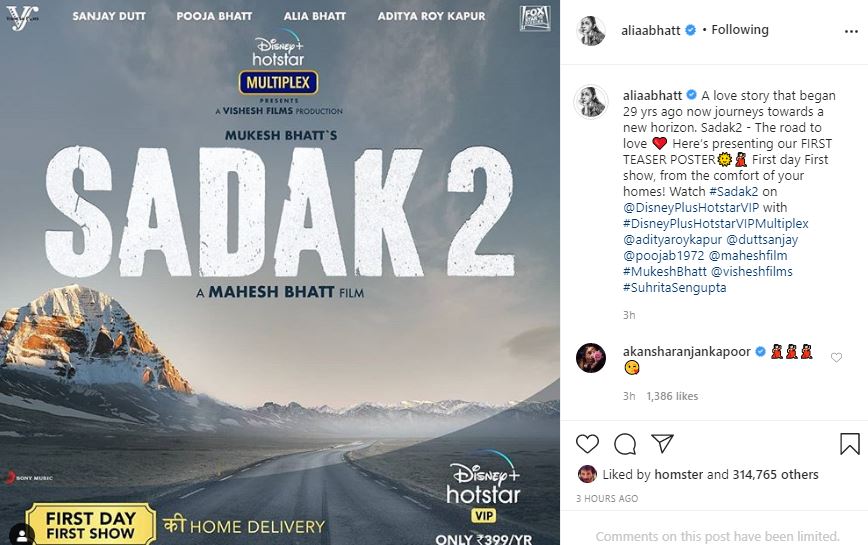 Mumbai (Maharashtra) , India.  9 Morning India: After releasing the first look poster of her much-anticipated romantic-drama ‘Sadak 2’, Alia Bhatt on Monday announced that the film ‘Sadak 2’ will be released on the OTT platform.

The ‘Highway’ star during a virtual interaction with the fans shared the first look poster of ‘Sadak 2’, which showed a solitary road leading to Mount Kailash.

The ‘Dear Zindagi’ star excitingly spoke about the film’s journey with her father [Mahesh Bhatt], sister [Pooja Bhatt] and Sanjay Dutt, and said that this film was a “homecoming” in its true sense, as her family reunited for the project.

Bhatt also shared why the poster has Kailash on it, and not the characters from the film.

Meanwhile, Alia read out a quote from her father Mahesh Bhatt revealing the reason behind it. She started, “Mount Kailash – the ageless mountain has the footprints of gods and sages. It the abode of the god of all gods – Lord Shiva. Do we really need anything else or actors in that sacred space? Since the beginning of time, humanity found it’s sheltered in Kailash. This is the place where all search ends. Sadak 2 is the road to love.”

Alia also shared the poster of the flick on Instagram and noted, “A love story that began 29 years ago now journeys towards a new horizon. Sadak2 – The road to love [?] Here’s presenting our FIRST TEASER POSTER. First-day First show, from the comfort of your homes! Watch #Sadak2 on @DisneyPlusHotstarVIP with #DisneyPlusHotstarVIPMultiplex.” 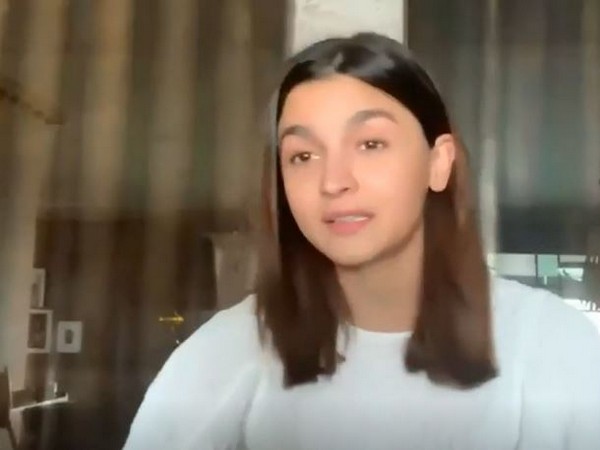 I understand there’s no going back: Ryan Adams apologised for sexual misconduct