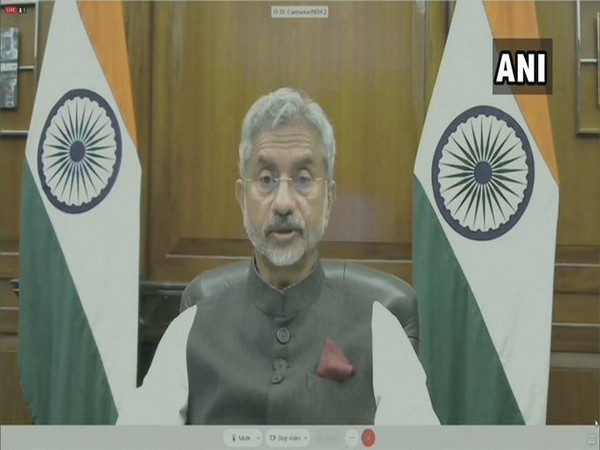 Addressing a conference on Afghan peace negotiations in Doha, through video conferencing, Jaishankar reiterated that the peace process should be Afghan-led and ensure the interests of minorities and women.

“Our expectation is that the soil of Afghanistan should never be used for any anti-India activities,” he said.

Taking to his Twitter, the External Affairs Minister said, “Addressed the conference on Afghan peace negotiations at Doha today. Conveyed that the peace process must be Afghan-led, Afghan-owned and Afghan-controlled, respect national sovereignty and territorial integrity of Afghanistan, promote human rights and democracy, ensure the interest of minorities, women and the vulnerable and effectively address violence across the country.”

He stressed that India has been a major development partner of Afghanistan and said India has supplied more than a million tonnes of foodgrains to the war-torn country in recent years.

Jaishankar stated that India has also facilitated the travel of Afghan citizens to India for medical treatment. He added, “These are the examples of our deep commitment to the welfare, prosperity and stability of the Afghan nation.”

He said, “The friendship of our people is a testimony to our history with Afghanistan”, adding that no part of Afghanistan is untouched by India’s 400-plus development projects.

The External Affairs Minister said India’s friendship with Afghanistan is “strong and unshaken”.

“We have always been good neighbours and will always be so,” he further said.

The intra-Afghan talks between the Afghanistan government and the Taliban opened in Doha earlier in the day, which is aimed at establishing peace and stability in Afghanistan after nearly two decades of war.

The Afghan government’s 21-member negotiating team was led by Masoom Stanekzai, a former intelligence chief. On the other hand, the Taliban was led by Mawlavi Abdul Hakim, the armed group’s chief justice and a close aide of the group’s chief Haibatullah Akhunzada, Al Jazeera reported.

Peace negotiations were expected to take place in March but was delayed repeatedly due to a prisoner exchange agreement made as part of the deal signed between the United States and Taliban in February.

According to the agreement, the Afghan government said it will release 5,000 Taliban prisoners while the Taliban agreed to release 1,000 Afghan troops. Morning India