A Glimmer of Hope! 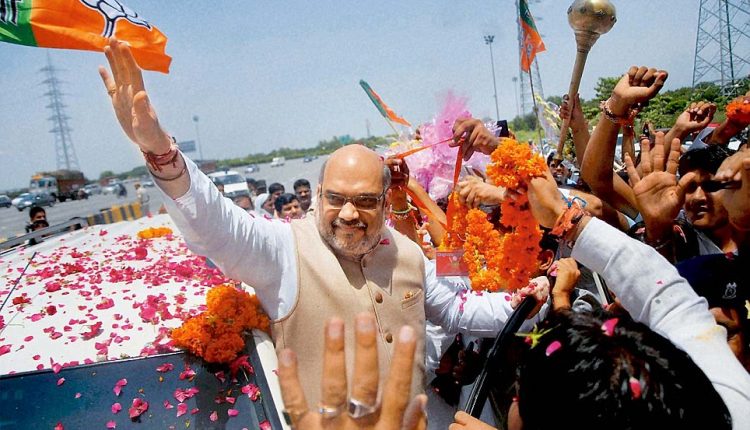 Amit Shah, a close confidant of PM Modi and the architect of NDA’s spectacular victory in general elections has taken over the mantle of Home Minister. At the outset, he has exhibited his priority for Jammu and Kashmir in no uncertain terms. It was one of the first states that he visited after becoming Home Minister. The visit was keenly followed by media and Kashmir watchers and what aroused much speculation was the decision of the Hurriyat to not give a Bandh call to protest against the same, a situation that has been interpreted in various ways. While some feel that it is an indication that the separatist conglomerate is trying to be more accommodative in its approach towards the center, others feel that this is the result of the government’s iron-fist policy against terror funding under which NIA cracked down on many separatist leaders in Kashmir. However, the most important thing is that this is undoubtedly a reconciliatory gesture which is a very important development in Kashmir politics.
In a function held at Sher-i-Kashmir International Conference Centre (SKICC) in Srinagar, Jammu and Kashmir Governor Satya Pal Malik said Hurriyat leaders were “ready for talks… this is an encouraging sign and we welcome this step.” It is heartening to note that the Hurriyat leaders who had once shut doors to Ram Vilas Paswan when he approached them for dialogue are now ready for talks. It would not be out of place to suggest that the separatists have finally softened their obdurate stand that they had adopted during the 2016 summer agitation which was triggered by killing of Hizb commander Burhan Wani.

In response to the statement of Governor of Jammu and Kashmir, Hurriyat leader Mirwaiz Umar Farooq said “we are convinced that a way out can only be achieved through talking” and added that “dialogue is the only way and that is our consistent stand. Hurriyat has always been in favour of talks as the means of resolution. We have not said anything new. We have always been saying this. As the most affected party with daily killings of our young, we would naturally want peaceful resolution of the issue.”
Home Minister Amit Shah made it clear to the local officials that while the government will go ahead with ‘Jamhooriyat, Insaniyat, Kashmiriyat’ motto in Jammu and Kashmir, it will not tolerate terrorism. This is in accordance with the Modi Government’s stated policy of zero tolerance to terror activities and intensive operations to root out the cult of terrorism from the soil of Jammu and Kashmir.

The message that the centre will keep pushing developmental initiatives to address the alienation among the people that has built up over the last three decades in Kashmir will also help in reducing the frustration level amongst those who, despite being educated and qualified, are still unemployed. Addressing Kashmir’s developmental deficit is surely going to be the first step for engagement with its people and an important confidence building measure.

A common complaint of the people of Kashmir has been the lethargy and widespread dishonesty within the bureaucracy, especially at lower levels. By declaring that democracy will be strengthened in Kashmir at any cost and directing civil administration officials to dismantle the ‘corrupt and elitist’ structure and reach out to every last citizen in the state, Shah has initiated a positive measure that was long overdue. His clear instructions to clean up corruption and prosecute those who have ‘milked the system’ so that every Kashmiri feels that it’s not a government of the elitists’ will surely go down very well with the masses. By pursuing the issues of promoting development and curbing corruption in J&K, Shah will be killing two birds with one arrow as illicit power centres which have come up through ill-gotten money will be demolished and the people will get empowered.

Youth of Kashmir have lot of expectations from the new government at the centre. They hope that, under Amit Shah, all-out efforts will be made so far as emotional reach-out to the people of Kashmir is concerned as well as to overcome the employment crisis. Things have already started moving; in a first-of-its-kind, the Jammu and Kashmir Government has embarked on an ambitious initiative to reach out to the people at the grassroots level through a programme named as ‘Back to the Village’. Launched in backdrop of Amit Shah’s visit, this initiative aims to empower people at the gross root level and has received a good response from the public.

From Modi 1.0 to Modi 2.0, the BJP-led government has continued to take keen interest in Kashmir and even though it has currently closed down all communication channels with Pakistan and is investigating separatists for having been allegedly involved in economic offences, it has not ruled out the possibility of holding dialogue with the Hurriyat. This is the reason why people hope that Shah would be able to change the situation in Kashmir where death and destruction is presently the order of the day, so that its people see a new dawn of peace.
One only hopes that the new dispensation at the centre will seriously take steps for ensuring everlasting resolution of the Kashmir issue so that myriad border skirmishes, animosity and bloodshed will end and normalcy restored.

4 killed in road accident in MP