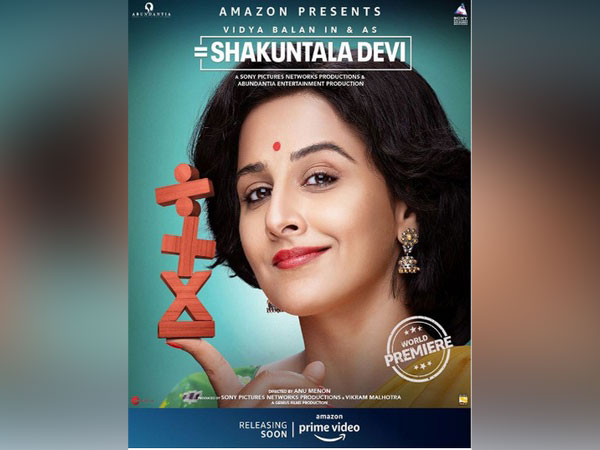 The announcement of the global premiere of the film was made through a video of Balan where she is seen asking viewers to solve several challenging mathematics problems.

Directed by Anu Menon and produced by Sony Pictures Networks Productions and Vikram Malhotra, the biographical drama stars Balan in the lead, essaying the role of the globally renowned Indian mathematics genius, who was popularly known as the ‘human computer’.

The flick also stars Sanya Malhotra who will be seen playing the role of Shakuntala Devi’s daughter with whom the genius enjoyed a complicated but extraordinary relationship, alongside Jisshu Sengupta and Amit Sadh in pivotal roles.

The screenplay is written by Anu Menon and Nayanika Mahtani, while the dialogues are penned by Ishita Moitra.

Prime members in India and in more than 200 countries and territories worldwide can watch the endearing story of Shakuntala Devi from July 31.

The flick was earlier slated to hit the big screens on   but was postponed due to the shuttering of cinema theatres due to coronavirus outbreak. Morning India