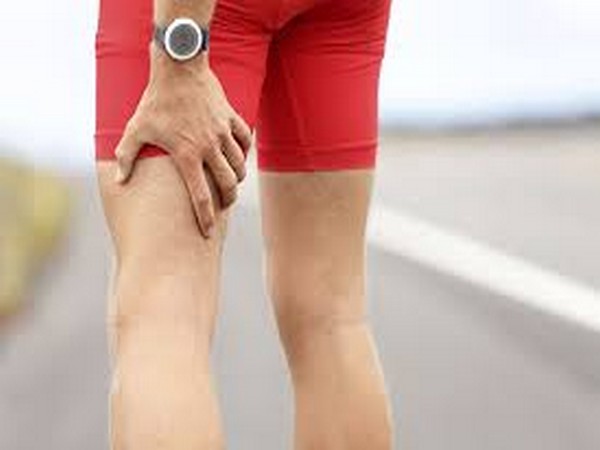 Washington [US], Aug 30 Morning India: Opioid prescription rates for outpatient knee surgery vary widely across the country, but the strength of the average prescription in the United States is at a level that has been linked to an increased risk of overdose death, suggest the findings of a new study.

The study has been published in BMJ Open.

While the nationwide rate at which patients – who had not already been taking opioids – received an opioid prescription after arthroscopic knee surgery was found to be more than 70 percent across the United States between 2015 and 2019.

The variation at the state level was stark, bottoming out at 40 percent in South Dakota and reaching 85 percent in Nebraska, the study showed. The strength of the typical prescription, though, was revealed to be high, equal to 50 milligrams of morphine per day, the level that the Centers for Disease Control and Prevention has identified as being the threshold for increased risk of opioid overdose death.

“We found massive levels of variation in the proportion of patients who are prescribed opioids between states, even after adjusting for nuances of the procedure and differences in patient characteristics,” said the study’s senior author, M. Kit Delgado, MD, an assistant professor of Emergency Medicine and Epidemiology in the Perelman School of Medicine at the University of Pennsylvania.”We’ve also seen that the average number of pills prescribed was extremely high for outpatient procedures of this type, particularly for patients who had not been taking opioids prior to surgery,” Delgado added.

The latter is of increased concern because it is especially prone to contributing to the opioid epidemic. It has been shown that giving patients who have never been on opioids before a high-dosage prescription can be associated with a transition to long term opioid use, higher numbers of leftover pills, and even higher rates of overdose among family members.

As such, the research team – which included lead author Benjamin Ukert, MD, then a post-doctoral researcher at Penn and now an assistant professor of Health Policy and Management at Texas A&M – chose arthroscopic knee surgery as the lens through which to examine this because arthroscopies are in the top three of most common outpatient procedures in the United States.

To gauge prescription rates, the researchers accessed a large, national database of insurance claims. They were able to identify nearly 100,000 patients who had arthroscopic knee surgery and had not used any opioid prescriptions in the six months before the surgery.

The team found that, nationwide, 72 per cent of patients filled an opioid prescription within three days of their procedure. There was very little variation in the fill-rate between non-invasive (which might include the removal of torn cartilage) and invasive procedures (which requires work cutting or drilling into bone) such as ACL repair.

Significant differences in prescribing rates were found from state to state. High prescription rates (77 per cent or above) extended across the Midwest into the Rocky Mountain region, from Ohio to Utah, and extended into Arizona and Washington state.

Lower rates, below 70 per cent, tended to be on either coast but also includes the Dakotas, Texas, and other states. There was also a wide variation in the number of tablets in every single prescription, ranging from 24 (in Vermont) to 45 (Oklahoma).

“Some factors that may contribute to state variation are policies, such as mandates to check prescription drug monitoring program data, which have shown to affect the opioid prescribing rate,” Ukert said.

“However, most state policies are aimed at patients with a history of opioid use, and our study focuses on patients who do not have that history. Thus, practice and organizational styles may be more important factors for this population,” added Ukert.

While the prescription rate varied greatly, the average prescription translated to roughly 250 milligrams of morphine over a five-day period, above the CDC’s threshold for risky opioid prescriptions. Approximately 25,000 of the patients studied, 36 percent, were receiving this dosage level or more.

With that in mind, a different study involving Delgado and another co-author of this study, Brian Sennett, MD, chief of Sports Medicine at Penn Medicine, is currently being conducted. Using automated text messages to directly check-in with patients, it is examining how many opioid tablets they actually do take from their prescription after knee surgeries. So far, they’re observing that most patients take less than 10 tablets, which jells with what’s been found by other groups.

“These studies suggest that current prescribing patterns are still resulting in a significant number of opioid tablets in the community that could be misused and potentially diverted to others. The data we’ve collected shows that there’s ample opportunity to reduce excessive prescribing for this common outpatient procedure,” Delgado said.

Moving forward, both Ukert and Delgado feel there needs to be more definitive work done to nail down what is the right prescription to prevent pain but also protect against potential dependence and overdose.

“Given that most arthroscopies are not invasive, there seems to be room to reduce the prescribing rate and the strength of the prescription,” Ukert said. Morning India