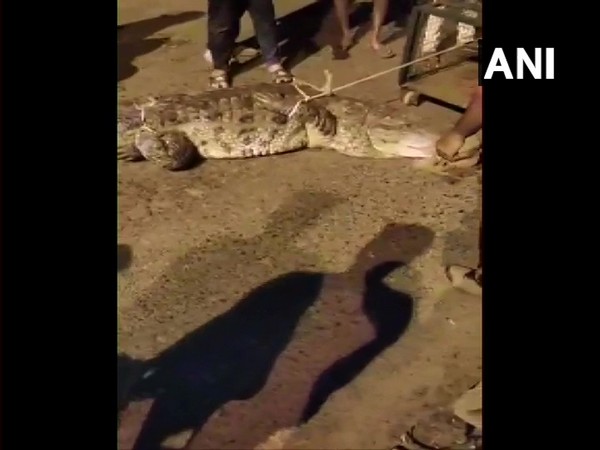 Vadodara (Gujarat) , India. September 10 Morning India: An injured crocodile that had wandered from its natural habitat and was roaming in a residential area at Tarsali in Gujarat’s Vadodara district was rescued by the Wildlife Rescue Trust and the forest department late on Tuesday night.

According to Arvind Pawar, a member of the Wildlife Rescue trust, the crocodile was found in the residential Tarsali area of the district with an injury on its tail.

“We were informed about this incident late last night by locals and reached the site with an official from the forest department. The reptile was roaming on the streets. We managed to get a hold of it after much struggle,” Pawar told ANI.

He further informed that the same crocodile had been found in the Tarsali area around six months ago.

“The creature has been handed over to the forest department which will conduct a medical checkup and later release it in its natural habitat,” Pawar added. Morning India