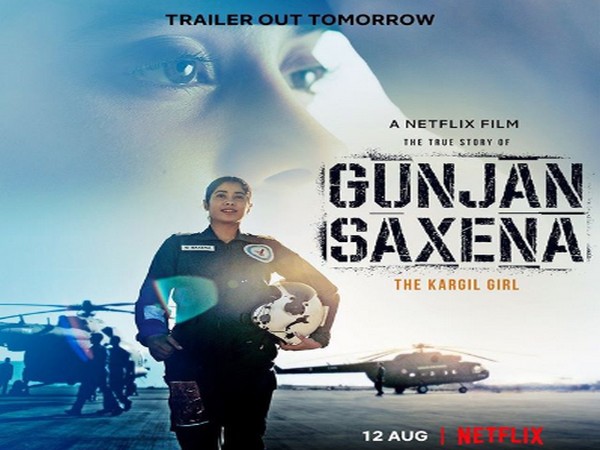 New Delhi , India. July 31 Morning India: Sharing a poster of her upcoming film ‘Gunjan Saxena: The Kargil Girl,’ actor Janhvi Kapoor on Friday shared that the trailer of the film will drop on Saturday at 10 am.

She took to Instagram to share the update and termed the film as the “most special experience” of her professional life.

“It’s been the most special experience and I couldn’t possibly be more honored and excited to bring to you the trailer of GunjanSaxena: The Kargil Girl tomorrow at 10 am,” she wrote in the caption.

The film chronicles the journey of the first Indian woman Air Force officer — Gunjan Saxena — to enter a war zone, which will be portrayed by Janhvi in the film.

Saxena, who is one of the first female pilots to fly in combat, played an important role in rescuing injured soldiers during the Kargil War in 1999 and was awarded the gallantry Shaurya Vir Award for displaying courage during the war.

The upcoming biopic is being produced by Dharma Productions and Zee Studios and will release on Amazon Prime Video on August 12. Morning India