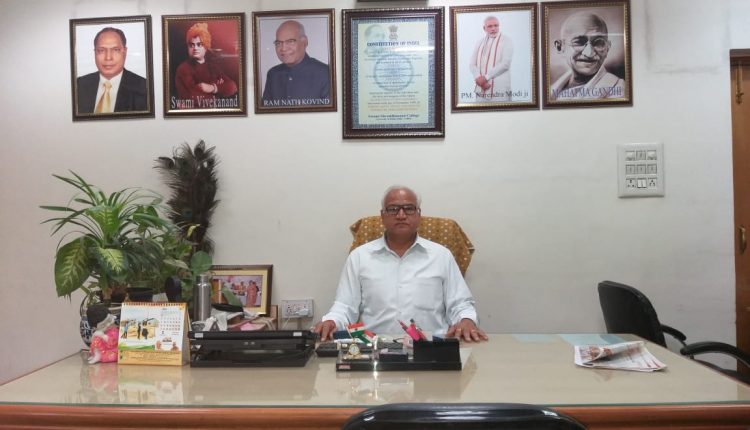 New Delhi, July 19, 2019: In the season of admission, universities and colleges face lots of pressure of accommodating students due to improper infrastructure and things become more difficult in metropolitan cities like Delhi where students from all across the country come to get higher education. Now, it is going to be worst with 10 per cent reservation for students from economically weaker sections.

There are many colleges in the Delhi University that don’t have enough class rooms. Principal of Swami Shraddhanand College Prakash Veer Khatri told Morning India, “We are a bit far off college from the campus mostly students from rural background but we are now getting students from all across the country. However, my college does not have enough space to accommodate 5000 student who are at present enrolled in the college.”

Khatri said that with the 10 per cent reservation in place for economically weaker section (EWS), the number of students will have to be increased by 25 per cent in two years. “My college does not have enough infrastructures for present strength, providing 1250 more students would be a difficult task. We have land an all for college but there are many hindrances including some political compulsions with the management as building classrooms are in the jurisdiction of management not the principal,” said Dr Khatri.

He said that the government has passed on instructions to colleges and universities about reservations to increase 10 per cent more admission this year and 15 per cent next year but how many new teachers will be given to colleges, how much more money will be given to institutions has not been clarified.

There are certain colleges where class rooms have asbestos roof. “See we have plans to build 60 rooms as per map approved and once the compact campus of college is functional then we can focus on building hostel, flats for teachers and many other facilities on another chunk of 20 acres of land at Sindhu border of Delhi and even a branch of the same college could also be started,” said Dr Khatri.

There are many colleges that are being run from the same campuses as morning and evening colleges; they too face the issue of shortage of classrooms. The Delhi government claims to be spending around 26 per cent of the budget on education but nothing much is visible as far as infrastructure is concerned. Delhi BJP leader Ashish Sood said that the Delhi government failed miserably on building education infrastructure in Delhi.  It promised building east Delhi campus of the Delhi like north and south campus but it remained non-starter.

Another principal of the college said, “We are managing somehow as besides infrastructure research and many other things need extra funds but educational institutions are not getting rather burden on old resources are increasing.”

ICJ Rules India to get Counselor Access to Jadhav; Pakistan has its own claims