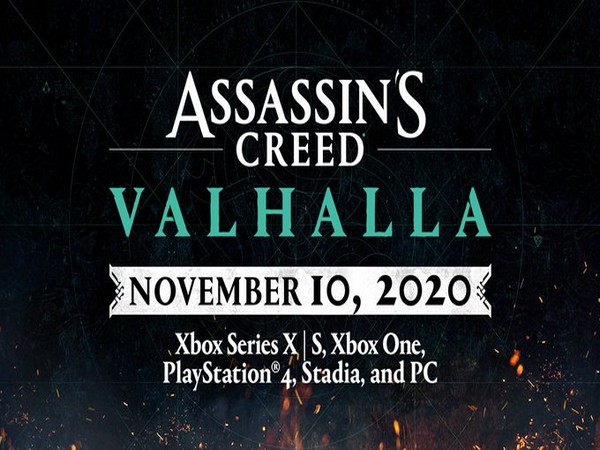 Washington DC [USA], September 9 Morning India: Assassin’s Creed Valhalla, Ubisoft’s next entry in its highly-popular franchise, will be launching on November 10, the developer has announced.

The game will release alongside Xbox One Series X and S, the Verge reported.

Originally, the game was slated to release on November 17, but it will be launching one week earlier. It will be available on PC, PlayStation 4, PlayStation 5, and Stadia.

As per a report in Verge.com, Valhalla is a Viking-themed addition in the series. The game will star Viking raider Eivor — in a female or male option — fighting to establish a settlement in England. Morning India